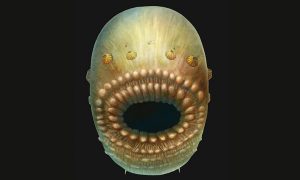 The day started with something of a sharp two-edged blade….like one of those old-fashioned Gillettes we used before the shaving market was saturated with highly-priced multi-bladed gimmicks…This was a sword that cut in two distinct ways.The dull buff-coloured envelope poking half-way through the letterbox, told its own tale ; that same kind of paper-stock, in larger sizes, and colour ,that nearly fifty years ago I ‘d purloined from my first really “proper “job in the Ministry of Agriculture ,to use as toned-paper for the drawings that would gain me a place at Leeds College of Art .Here it was again …a reminding note , should my poor old memory fail me , which I had actually expected any day now.It was a declaration that I was , according to the government ,finally an “old” man. Where had all that time hidden itself away? I opened up this request to apply for my Old Age Pension. On one hand , i didn’t feel particularly old , as such, except for the creaking , popping joints when I regularly rose from the night-time sofa to replenish that empty wine glass ,or the odd coldness I sometimes felt in my fingertips when I fumbled for my bank card ,or possibly the increasing weight of those bee-hiives , whose weight had incrementally increased each year ; that only a few years ago ,were so much easier to heft. No -one ever mentions just how heavy they are and can become.
Of course when I attempted to log onto the government site on the world wide web ,to make my application, the internet froze and went into one of those circular spins akin to the seventh level of hell, like the nightmarish, bad dream that eventually awakens the sound sleeper.Subsequently ,I had a much better result on the phone .Instead of reaching an assortment of related numbers which would eventually deliver me into the maze of an Indian or Asian call-centre thousands of miles away ,as I half-expected, I actually managed to engage with a breathing human -being almost immediately. This gentleman , obviously taking my aged infirmity into account began by asking a series of questions.”Did I think I was capable of running my own affairs? Did I want any further correspondence written in LARGE PRINT or in braille? …and so forth.Within fifteen minutes the deed had been accomplished and I had officially registered on that large book of knowledge as officially an OAP …an Old Age Pensioner…I had become officially , an “old man”. It didn’t kick in for another three months so there was still time to get used to the idea of becoming invisible, but there it was…..I was finally and officially told that I was “old”.
The compensation was that they were about to pay me £150 or thereabouts every week for the pleasure, until I passed from this mortal coil .As long as the old liver held out , that little stipend would certainly help with the wine -bill.Until they had the sense to legalise and tax marijuana, the grape would remain the only current medicine required for survival.

Sometimes your eyes glaze over when you listen to local Norneverland radio. There’s that Groundhog Day quality to it all where the feeling is that no matter how often you awaken from your slumber , sip your breakfast tea and allow the conversation to wash over you as the quality of the light begins to change outside and the seasons slowly creep relentlessly on , as we circle the sun and the summer gradually develops once more.Other than this cosmic clock,nothing will ever change, it seems .They’re back to discussing the whys, the wherefores and the the strange immutability of bonfires within the local culture.There’s the question of their legality or illegality, of the pollution of burning wood and rubber tyres ; there’s the question of the need for them at all on an annual basis; there’s the question of where the tinder is actually acquired and the cost to us all of clearing up the mess of it all; all the same questions and answers that have been plied , studied and discussed for years ad infinitum and are seemingly unsolveable and beyond the comprehension of rational minds.
Sometimes you idly imagine that when within the next five , ten , twenty ,thirty or, possibly ,at a l-o-n-g stretch… forty years time , when the old body of yours will almost certainly and without any doubt ,have finally worn itself to a timid , faltering conclusion and you’ll have been either buried six feet inder the grassy sod, forever ,or your finely ground remaining ashes will be scattered to the winds or are resting atop some mantel-shelf ,or possibly hiding from the light of day in a box on a bottom shelf in some garden shed along with the shed-fauna of spiders and the odd wood-louse,eventually to be mistakenly consigned to a clearance skip…….. that this same discussion about bonfires will continue to rage on in your absence, as if on some cosmic tape-loop ,forever and a day.
Unless you live on to be a babbling 120 year-old , hooked-up to that same radio,you’ll be long- gone and life will gradually grind on without your input, but they’ll still be arguing about bloody bonfires and reconstituted versions of our local politicians will still be none the wiser.Yes….it makes you wonder sometimes.Frustration with your not nearly- sane fellow-man doesn’t even begin to tell the tale.
Of course, thankfully there is that little button to change the radio stations ,which is how I learned of other distractions such as such interesting creatures as “tarigrades “and possibly our oldest ancestor “Saccorhytus coronarious”. Away from such ruminations on the validity or otherwise of building huge blazing stacks of dross , these are some of the things that really exercise my imagination.In relation to the Saccorhytus coronarious,this creature has become the current best notion of what our earliest known ancestors looked like some 540 million years ago ,on planet earth. This creature is the oldest known member of a large group of invertbrate animals which include humans, starfish, sea urchins and a range of other even more primitive creatures . If it is not our exact, direct ancestor ,it looks as though our great…great….great …great grandaddies or grannies would have been of similar design -stock.Fossils of the creature have been found in central China.It had a sack-like body , a large mouth and lived on the sea-bed where it was so small that it hid and burrowed between grains of sand. It looks very much like the earliest animals were microscopic in size and were probably part of an until -now ,unseen fossil record ,hiding in plain sight. These types of creatures are the starting points for every vertebrate from rabbits to humans, apparently .Isn’t that a wonderful thought?
The other fascinating creature was another first for me .The Tarigrade is even more well -known, apparently , but I had never come across mention of it in some sixty plus years of living on earth. That is now ,thankfully ,rectified. Here it was on Radio 4….everything I might need to know. These little creatures are apparently nearly indestructible and should Earth Armageddon finally arrive and we humans manage to really screw things up and destroy our race and earth with it, these tarigrades will probably be the only earthlings left standing. Now there’s a thought, eh?
The name Tarigrada means “slow stepper” and was given to the creature three years after its discovery in 1773 by a German geologist called Goeze.It was named by an Italian bioogist called Spallanzani. Also known as “water -bears” or “moss- piglets” these creatures have been found everywhere on earth from the deepest seas to the Antarctic and the tropical rain-forests. Given that spread they must be the most resilient creature living on earth.They can stand practically any temperature hot or cold , extreme pressures, radiation and even the vacuum of outer space .They can go without food or water for more than thirty years.They can dry out to the point that there is only 3% of their water content and then re-energise when water is re- inroduced and begin foraging and reproducing all over again.They are small creatures at only around 0.5 millimetres when fully grown and are short and plump with four pairs of legs They feed mostly on mosses and algae and other tiny creatures. They have a brain ,of course and a digestive system and sexual organs and they mate when the female’s eggs are covered by the male’s sperm when and as they molt their skins.
Unlike many humans, some of these creatures have already travelled into space ,when in 2007 they were taken on the FOTON-M3 mission and In May 2011, Italian scientists sent tardigrades on board the International Space Station . The conclusion was that microgravity and cosmic radiation did not significantly affect survival of tardigrades in flight, confirming that tardigrades represented a useful animal for space research.

Wouldn’t it be a really odd notion that life on earth had such humble origins as in creatures like these microscopic beasties and has now evolved to the point of being capable of building huge bonfires to dance around in the heart of summer.Maybe it really is another cyclical thing and when we finally drop that Big One and end it all, some little near-indestructible tiny critters such as these will simply wake up when it’s all over and start that big ball rolling all over again? Here comes the new boss ….just like the old boss….or maybe not!

4 Responses to THAT COSMIC TAPE-LOOP