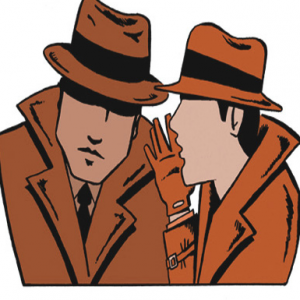 There is no lower form of life than the informer, or proverbial “tout”. But for the Shakespearean betrayal perpetrated by these parasites, Ireland would have won her independence centuries ago. There can be no doubt that British spies and security agents existed and exist within all of the political parties in Ireland, and both Loyalist and Republican groups. That’s a fact. Wiki-leaks has revealed just how extensive and intrusive the whole secret state has become, with no checks and balances either. As soon as these Dissident groups attempt to do anything they are usually intercepted by the Police – does that just happen by accident? But one thing that has been established continuously is the methods used by these spooks, particularly that of ‘disinformation’, or “fake news” as Mr Trump dubbed it recently – that is, wilfully spreading lies about people to discredit them.

Anyone following the Sunday gutter press will see a noticeable concentration of dubious allegations regarding the deceased – attempting to smear Mr McGuinness as some sort of obscure British spy. Now, it strikes me as peculiar that these papers wait until Mr McGuinness has died to make such insinuations when they had no hesitation in doing so towards the individual they alleged to be “Stake-Knife”, who is alive. Is it because the dead can’t avail of libel laws to sue for defamation against untruths? Regardless of this practicality, let’s explore the shady history of such allegations and the motivation behind them.

British Prime Minister Harold Wilson won election in 1966 on the back of a left-wing manifesto, and again in 1974, which really freaked the Establishment. Their MI5 operatives in the media began a campaign of smear called “Clockwork Orange”, to discredit the Labour Prime Minister with the accusation that he was some sort of Soviet agent. The intention was to destroy Wilson in the eyes of his supporters and the electorate and avoid the sort of radical mandate upon which he was elected (and eventually abandoned out of fear). The Establishment’s hysteria around Wilson got so bad that there was talk in the press of a right-wing coup d’etat against the Labour government, in which Lord Mountbatten would replace him but as the head of a military junta. Tony Benn was also the victim of ‘black propaganda’ by the same elements.

Wilson became so fascinated with this secret world that he told two journalists in private that “dark forces were plotting against the labour movement”, pointing them in the direction of evidence of the scandal. Lord Tebbit, who is no fan of Martin McGuinness, was a member of Margaret Thatcher’s Cabinet – the very same government which tried to ban the publication of the book “Spy-Catcher”, in which Peter Wright details how MI5 smeared, plotted and conspired, in the most treasonous ways to get rid of political figures they regarded as a threat. Wright won his case in the Australian High Court to have the book published and people discovered that both Labour and Conservative governments had been brought down by MI5 activities over the years. Remember, their loyalty is to the Crown, not the elected government – these people care nothing for democracy.

The security services got rid of Wilson because he was too left wing and they also deposed Edward Heath as Tory leader because they felt he was too weak on the trade unions. They wanted a right wing Tory leader who would sanction their agenda to the hilt. At the same time, British intelligence knowingly overlooked the subversive activities of actual KGB agents like Anthony Blunt and the sexually perverse activities of their operatives who were molesting children at Kincora Boy’s Home in East Belfast (particularly members of the Unionist political class).

Some of these shady dealings are absolutely horrific. The murder of young Brian McDermott has also never been properly resolved, having been satanically cut and hacked to pieces. The Finucane family were being spied upon and left as ‘sitting ducks’ for the secret state to target. When Princess Diana died, allegations of security service involvement in her death were dismissed as “rubbish”, but having lived through years of SAS operations and shoot-to-kill massacres, people in the North of Ireland knew it was a white-wash hit job by forces of the Crown (as confirmed by Mohammed Al-Fayed).

I believe that elements within British intelligence considered Martin McGuinness a real threat and therefore they wanted him destroyed. They also wanted to sew the seeds of distrust among his followers as they did with Harold Wilson. Some people will remember back in the late 90’s when Mo Mowlam admitted to having the security services ‘bug’ Martin’s car during the peace negotiations that led to the Agreement. This episode leads one to ask the simple but revealing question, well if he was working for British intelligence why would they need to tap into his conversations at all?! Why would they have needed Denis Donaldson’s help if they were running a more senior and valuable agent?! Do they really think people can’t recognise these insinuations don’t add up? The wicked and dark nature of Britain’s dirty war in Ireland is highlighted authoritatively in the exposure of these sorts of activities; a willingness to break UK law as a means of discrediting state opponents has managed to go unchecked since the inception of MI5. But the only way to break these securocrats, once and for all, is to end any jurisdiction the spooks have over our affairs in this part of Ireland.

View all posts by Jude Collins →
DANNY MORRISON JUNE 2016, DISCUSSING THE IMPACT OF BREXIT
Stephen does what he can to correct the (gulp) narrative