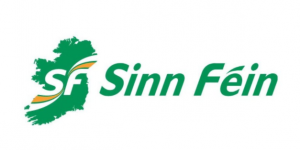 Lemass had in 1920 trodden the boards with his old classmate Jimmy O’Dea in a play. By another north Dublin man, Richard Brinsley Sheridan, called THE RIVALS . His role was that of a prolific duellist – Sir Lucius O’Trigger. Perhaps this explains Feeney’s bewilderedness?

View all posts by Jude Collins →
Being meticulous and searching out the truth
Nell McCafferty on Peggy and Martin McGuinness.