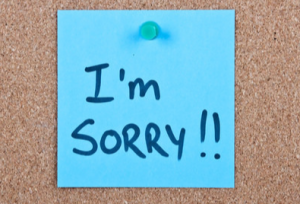 Passing off the political disguised as the private is a familiar sleight-of-hand here. What you do is, you present your case as one which has nothing to do with politics. Then if you get the desired response, the matter becomes political. Sometimes the people presenting their case don’t even realize  their private case is being used for a political outcome.

One such example in recent days involved Dr David Clements, a Protestant clergyman whose father Billy, an RUC reservist, was killed by the IRA in 1985. Dr Clements has revealed that he wrote to Martin McGuinness at the end of January, praising him for his good work in furthering peace here and calling on him to issue an apology for killing his father Billy.

Except that even those most deeply hurt by the Troubles, such as Dr Clements, must surely  be aware that this is not just a personal matter.

Let’s suppose for a minute that Martin McGuinness had responded to Dr Clements’s letter and had said he was sorry for what happened and that it was wrong that it should have occurred. That would mean that, to be logical, Martin McGuinness should have contacted all those families affected by IRA killings and told them he was sorry, what happened was wrong. In short, he’d be conceding what the British government and its agencies, along with many unionists, have long argued: that the IRA was in the wrong, British state forces were right, and militant republicans were simply criminals.

The fact is, Martin McGuinness and the IRA did not believe and do not believe they were criminals. Ten men in Long Kesh died on hunger strike in their determination to underline that point. They saw and see the British government and British military as being in the wrong, with no right to rule this part of Ireland and/or abuse its nationalist/republican community. While Martin McGuinness and Gerry Adams have expressed regret that the deaths of the Troubles occurred, they have been clear that they believed those opposed to them should be the ones to say sorry, or more important to give up their grip on a part of their neighbour’s country.

I doubt if any self-respecting republican will accept such a characterization of them and their armed campaign.

View all posts by Jude Collins →
BREXIT= BREAKUP? by Niall Murphy KRWLaw LLP
‘John Redmond and the blood sacrifice’ by An Sionnach Fionn

54 Responses to Why do unionists want republicans to say they’re sorry?