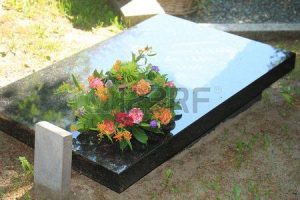 We live and we die.There is always a funeral to be attended.It is what we do.
It snowed earlier in the week and then there were a few starbright ,open sky nights of hard ,diamantine frost glistening on the rooftops. As if surprising itself by its own audacity , that fat old sun shimmied out for an unexpected romp.Immediately the weathermen and the girls in the shops began to suspect its motives .It was all a bit of a con job , they said; the rain was sweeping back mid-week.Lap it up while you can, they all agreed.It’s not for keeping.
Sunday was Mother’s Day …or “Mothering Sunday” in the old Christian calendar. It is usually three weeks before Easter. Of course that has been mostly forgotten and the commercial aspect and the attendant sale of flowers is now pre-eminent . Traditionally it was the day that the slaves….er , servants were released from servitude to spend precious hours of worship with their families .So the good wife, as usual, bought some flowering plants for our parents’ graves. She will always remember such important things of the details of life while I might otherwise forget entirely.It was a timely reminder to tidy the graves up after the onslaught of winter. I’m glad that I’d had my own parents’ grave finished with a flat black marble slab shortly after my father died.It was expensive but it has proved much easier to care for than the usual stones or marble chippings. The grave is in an old part of the graveyard; dug in the late 1940s to contain the tiny body and fragile bones of my first still-born sister; it subsequently provided the final resting place for my mother ,some twenty five years ago and more recently, my poor demented father.
Mother’s Day was coincidentally the very last day that the talks aimed at reviving local government would have a chance to take place.In the event no one was all that interested and the talks officially ended on this day, stuttering to a stop.
While the politicians gathered up their tents , washed their hands of the affair and called an end to conversation for a day or two, I had work of my own to do. The winter had deposited wind-blown leaves from surrounding trees and they had lain like so many withering x-rays , gluing themselves to the marble with their own dying, evaporating sap, their veins adhering in webs of dissapated lattices to the blackness of the stone. I brushed them down as best I could but I knew that my old standby hypochlorite was the only thing that would really dissolve and shift them . Luckily I’d brought some with me and soon that black marble sparkled , clean in the sunshine. I wondered who would ever care to perform this simple task after I had passed on myself.
The Secretary of State wittered about “a small window of opportunity” for the politicians but that is the case with everything in life . My honeybees had finally accepted that this sunny day was the beginning of their working- life and current year.They had embraced the heat of sunshine and the five hives had seemingly survived the winter’s worst.It was time to take a closer look and make my first inspection of the year.Luckily my sister -in -law had repaired the veil on my bee-suit just in the nick of time and after some struggle we had managed to re-attach the hood to the suit. It’s not such a straight-forward task as you might first think , but after several patience-stretching attempts the suit was ready for the onslaught.
The first thing I noticed was that there was honey left-over in some of the hives.This was not really surprising as I had not harvested it all in the Autumn past ,thinking that to be too greedy might not be good for some of the hives’ survival.I had left each hive with double brood-boxes so there was room enough for honey storage .I just had to make sure there was also room for possible Spring expansion when the queen began to lay new troops in earnest.She might need more soace so my intention was to remove some of the large brood frames at the outsides of the brood box and replace them with brand new fresh frames. During the winter the bees had glued everything solidly together with the sappy propolis and wax.That stuff , like congealed dark red blood, can be as strong as super-glue and so it proved when i attemped to remove one of the frames .it was heavy with honey and refused tocrack away when I levered it with the hive tool. Unfortunately this frame was one of those experimental ones which I had tried out a couple of years before.They had never been very successful.They consisted of solid plastic corner spacers holding together the MDF frames. I’ll never buy this type again because it soon became obvious that the MDF, unlike the more expensive wood or plastic ,had a tendency to warp in the heat and general dampness of the hive .In this case the frame was so heavy with honey and being attached to the frame below with propolis, it began to tear itself apart as i levered it out. I knew then that I would eventually have to replace all of these experimental frames with wood or complete plastic. The plastic frames seemed to work very well and were quick to assemble.THe older you get the more you can appreciate every available minute.
I spent an hour in that afternoon as the sun shone and managed to retrieve some fourteen frames of over-wintered honey to add to the haul in the previous Autumn.One of the hives looked a bit scrappy, though.It might need some more careful study next time .
My bee- year had officially begun as the politicians thrashed about in the death- throes of the Assembly.Nature just keeps on going though….

3 Responses to A WINDOW OF OPPORTUNITY