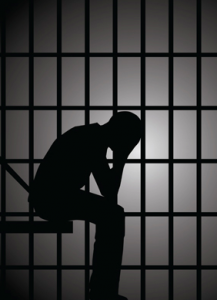 “In any struggle throughout this world, you often find that the people who have the least are usually willing to give the most.” – Nelson Mandela

On the island of Ireland, we have a relatively successful peace process which, despite all its setbacks, has brought previously unimaginable economic and social benefits to the nationalist and unionist communities. The vast amounts of money Britain once squandered to fuel its war machine in Ireland have for the most part been redistributed via the peace divided into public services, with republicans having ensured that public spending per head (despite Tory austerity) still remains higher than in Scotland, Wales and England. There are, as I mentioned, problems in sharing power with explicitly right-wing unionists; but if you look at the figures for educational achievement and the demographics of the professions, nationalists are now the big winners.
These gains did not come overnight or by luck of the draw, decent men and women had to struggle and fight for dear life to obtain them on your behalf. No matter what anyone says, this place endured a war launched by the British state against ordinary nationalist people, demonising them as sub-human violent criminals; shooting them dead at civil rights marches and assisting Crown mercenaries to blow up bars of innocent elderly people (like McGurk’s). There was no constitutional alternative, Sunningdale was allowed to collapse at the behest of Loyalist intransigence over Catholics in government. The point I’m getting at is that for decades the people who bore arms against injustice to obtain your rights now find themselves at a huge disadvantage when it comes to their own just entitlements. State combatants receive a litany of well financed support and pensions for having waged war against an oppressed people; while the guardians of the anti-colonial struggle of the Irish people receive little by way of redress. When you read the statistics on things like health, housing, employment and life expectancy, there is a shocking deficit for republican (and indeed Loyalist) ex-prisoners. Many, in struggling to obtain employment while battling debilitating physical and mental illnesses, are living in an open-air prison, just like women, the disabled and other disadvantaged groups in society. Cardinal O’Fiach once commented that if not for the abnormal political situation in Ireland, these people people would never have seen the inside of a prison cell. Indeed, it breaks my heart that the bravest men and women in this country, who sought to rid this land of foreign domination, are being confined to an economic scrap-yard when they have the wisdom and resilience to actually run a country better than the rotten political class (in London and Dublin) which presently abuse it – without any motivation to profit financially in doing so.

There are many unionist politicians and even SDLP stooges, who talk about feeling “uncomfortable” working alongside ex-prisoners, when even Tony Blair had no such inhibition. This has been added to by successive Free State governments, who sing a right wing anti-republican chorus; deliberately ignorant that there have been IRA men and women in Dublin governments from the inception of the Free State. Both Charlie Haughey and Garret FitzGerald had parents who were actually up in arms in the GPO on Easter week. Sean MacBride, the former Chief of Staff for the IRA, won a Nobel peace prize and founded Amnesty International because of the quest for world justice dominating the Irish republican conscience. Thankfully for them and for us all, these bandits won’t choose who nationalist communities trust to elect in representing their best interests.

I say this as a young person with little memory of the conflict, that what the British and Free State establishments really are getting at is that they want people who are not as experienced or as strongly dedicated as ex-prisoners in their beliefs/wisdom, who they can then manipulate and control. That’s a fact of reality, however blunt. They know that those who served time for Irish liberation, enduring a brutal regime of torture and degradation, will in the course of the future, win power and redistribute the wealth which they presently hoard. We will have national liberation followed by economic and social liberation, on the basis of One Man, One Woman, One Vote. For the pensioner in Ardoyne or the student in North Dublin, who don’t have money or power, their weapon is the vote – enabling them to back policies, change policies, and sack men who adopt policies; purchasing with their vote that which their bank accounts deny them.

The German Chancellor, Angela Merkel, was once asked about the best moment of her life; and she responded by saying it was the fall of the Berlin Wall and the reunification of Germany. Stating that the process of rebirth as a nation allowed everyone to reinvent themselves, Left or Right, and get a fresh start in life, in the most beautifully constructive way known to man. Now that all of the parties in the South are beginning the conversation on what a united Ireland will look like when we do inevitably get there, we need to start discussing how we are going to address the legacy issue of ex-prisoners, but with the levers of sovereign power that full independence would grant us. As an aspiring Accountant, I wouldn’t propose anything which I couldn’t cost – but I remain convinced that both republican and indeed loyalist ex-prisoners should receive a pension and some anti-poverty “emancipation money” to help tackle the living costs associated with PTSD. It won’t cost us a thing, because when they spend that money on goods and services in the private sector that will create more jobs to deliver those products (with more people paying tax as a result) and we will inevitably recoup it via the VAT system. So it’s not just a moral issue, there is an economic benefit to righting this historic wrong in stimulating demand in the economy as a whole.

But it goes beyond just income top-ups or sincere words; we need to be in the business of getting people into the best colleges and universities and training them to fill the national shortages of Doctors, Nurses, Teachers, Engineers and Tradesmen. We need to breakdown the economic walls which continue to imprison them. We need to harness their grit and determination by applying a small tax levy on higher incomes to pay for more public sector jobs, to afford ex-prisoners the working capacity to see this nation prosper again.

When all is said and done, those in the Loyalist community who are in this socio-economic dilemma know deep down that they have been abandoned by their “big house” political representatives. So the Ireland which needs to be forged for both traditions, in the steam of of a real national revolution, will be no place for restrictive practices or outdated methods in any of Ireland’s industries. Indeed, people gave years of their lives so I can walk to work each day without being slammed against a wall and searched by foreign soldiers. And for their sacrifice, we owe them no more or less rights than we battle to afford women, the disabled, the LGBT community and every other minority grouping hungry for justice in this world. One struggle for one nation, valuing all Ireland’s children like you do your own sons and daughters. At its heart, this is a moral crusade or it is nothing!

16 Responses to ‘The Ex-Prisoner Dilemma: A Miscarriage of Natural Justice’ By Donal Lavery