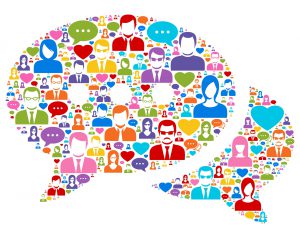 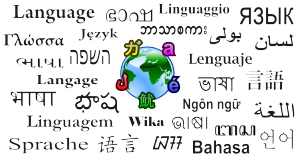 ‘Irish language crusade is leaving unionist minority uncomfortable”
That was the quote I read that made me feel uncomfortable , myself. I could barely understand why the person who uttered such a line did not realise the absurdity of what he had said.The context of this was that there were concerns about the potential impact of an Irish Language Act around Newry , Mourne and Down.
The implementation of such an act is a key demand of Sinn Fein, the largest nationalist party in Ireland,in the current Stormont talks. It has been on the agenda since the St Andrews Agreement and the talks will crash unless such an already promised act is delivered very soon .Time and patience have run out on this. It is something that has been fudged for some twenty years and nationalists, as represented by Sinn Fein have long since expected its delivery.Unionists, for their own reasons have decided to hold back on the implementation of such an act. The person uttering these supposed “fears” is an Ulster Unionist Party(UUP) councillor called David Taylor. He claimed that the unionist minority in his council is already suffering under “a clear political and ideological crusade” by nationalist representatives over the Irish language.
He sees this act as being somehow divisive and would incur significant costs and was especially concerned that Irish road signs were being imposed on “unionist areas”.
I suppose there is something irrational in all of this. In Norneverland we have somehow grown to accept that instead of one community of people being served by one government , many readily accept that all of us are actually divided into two separate modular “communities” from birth and are expected to continue to act that way forever, even to the point of voting for familiar political parties ,especially designed for our individual families. It has to be said that it seems to be more a unionist perception than a nationalist ideal…and is essentially the real problem we have been dealing with .If they really wanted to promote unionism as inclusive to all and as a genuine political ideal, they would also want to embrace those whose cultural touchstones could be shared across the board.The only way that unionism can grow is by convincing their nationalist neighbours that their desires will be better advanced by voting unionist. They are obviously not doing this. The whole ethos of that mindset is bound to be divisive and it is a mindset that that has divided instead of uniting the very people whom they are elected to serve as an entire whole. Both Scotland and Wales have no problem with the idea of diverse language even though they are currently part of a UK union.It is only Irish unionists who have a problem with language.
I had to ask myself why any community would get fired up about an ancient local language when they didn’t feel uncomfortable about using English or possibly even French or German.It is a fact of life that we live in Ireland and the Gaelic tongue is something many of us have also shared with Scotland for long centuries.Many of us have in the past been taught a smidgen of Latin , Irish, French and English Language in our schooling ,without too much damage being done to our psyche, ethics , world-view, or our political leanings and indeed some of us even remember some rudimentary pieces of that same education in later life.Indeed, some even know how to speak and write a little English after their schooling finishes, while many struggle to express themselves adequately in any language at all until their dying day.
All of that diverse learning can prove useful in everyday life and I imagine it has not actually done any of us too much harm.From my perspective , I would say that as far as learning something new ,” the more the merrier” should be the mantra.I fail to see how learning something new can be detrimental.It’s not as though anyone is attempting to ban the use of the English language. if they were attempting to do that I would be up at arms myself. English is a language I have learned to speak , read and write from birth and I suppose virtually all of the books in my library of books is written in English. That said, I see no problem in promoting Irish , given that it is native to our island and all of its place-names come from it.
If that makes it one of the major stumbling blocks for unionism getting back into government , they’d need to take a long , hard look at themselves.

View all posts by Harry McAvinchey →
THE FALL AND RISE OF POLITICAL FORCES by Donal Kennedy
The Stormont talks: is there a way out?