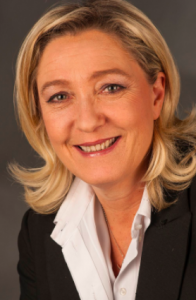 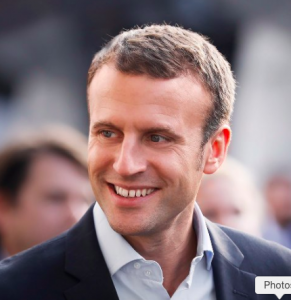 If you’re like me you’re pretty ignorant about French politics, but you’ll know one name for sure: Marine Le Pen, the hard-right candidate in the French presidential election. But since Monday of this week, you’ve probably made note of another French politician – Emmanuel Macron. Both Le Pen and Macron have succeeded in fighting their way to the final round of presidential voting in a fortnight’s time, with Macron looking the more likely winner.

That said, nobody in Europe is cracking open the champagne just yet. Things have a habit of coming in threes -– the Holy Trinity, the Three Musketeers, the three Stooges. Inside the last twelve months, we’ve had two big gunks. Most of us went to bed last June confident that the UK would vote to stay in Europe – they voted to leave. Practically all of us went to bed last November with the assurances of all the pundits and pollsters: Hillary was a shoo-in. We woke to find our biggest nightmare had come true and the King of Trash was on his way to the White House. That’s two down. Who’s to say we won’t go to bed in a fortnight’s time, happy that Emmanuel Macron will become French President, only to wake and find that the anti-euro, anti-EU, anti-immigrant bigot Marine Le Pen   has pulled it off?

And if Le Pen wins on Sunday 22 May, we’re all in trouble.

Even saying the words feels spooky. Because if she comes through as the winner,  the European Union won’t just face a crisis, as it did when Britain announced it was quitting. It’ll face destruction.

At the heart of the EU is France and Germany. Both countries were central to the conflicts of World Wars One and Two, and it was in large part to ensure that such conflict would never happen again that the EEC was originally set up in 1957. Besides making European war a lot less likely, the EEC made economic sense. If you can find a coherent way to work with your next-door neighbour, the chances are it’ll benefit you both.

On the same day in 1973, the UK and the south of Ireland joined the EEC – which told you something about the south’s lap-dog relationship with its next-door neighbour. But the EEC flourished and became the EU, and countries were lining up to join and enjoy all the benefits membership could bring.

Now over forty years later the UK, or more specifically England, is determined to leave the EU. The south of Ireland is equally determined to stay in the EU.

That’s because Ireland knows the huge benefits the EU has brought in agriculture, the environment, in infrastructure. Of course the EU needs reform: the bail-out which the south received from the EU was dictated in a take-it-or-leave-it way. The south was on its financial knees and paid off debts, including those it wasn’t responsible for.

Besides being excessively controlled by Germany, the EU decision-making process is too distant from its citizens and appears to be moving towards a super-state. It’s a far-from-perfect institution, the EU, but its benefits still outweigh its drawbacks by a long way.

But if Marine Le Pen is elected French president, all that will be over. Le Pen will remove France from the euro, remove France from the EU, and the entire European project will descend into a confusion of states with different interests, each gouging and kicking for itself. Ireland will be driven back to its position as Britain’s economic lapdog. The nightmare of war in Europe will again become a possibility.

Things have a nasty habit of coming in threes. On the other hand, Macron’s Christian name means “God is with us”. Let’s pray He is.

View all posts by Jude Collins →
‘The Ex-Prisoner Dilemma: A Miscarriage of Natural Justice’ By Donal Lavery
Saturday pics of the week

9 Responses to Le Pen, Macron and the French Presidency