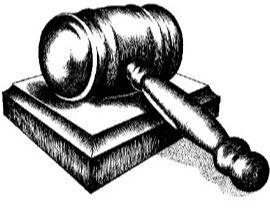 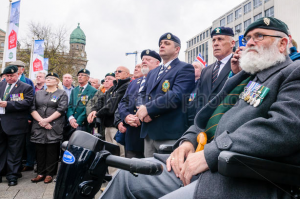 Am I the only one appalled by the sight of men wearing military or marine headgear attempting to influence judges, juries or Government Ministers. It’s.a British tradition so far as I can see?

The late Garret Fitzgerald, a darling of the British media, remarked  in his memoirs on the tendency of British Ministers to be in thrall to their armed forces a phenomenon with no parallel in the Irish State, where the Defence Forces have been visibly subject to civil control since 1924 at least.

A British military court has found a Marine Sergeant Blackman guilty of the murder of wounded Taliban fighter who was no longer a threat to anybody. An appeal has   been lodged in London and men wearing  Marine headgear and carrying banners congregated outside the Royal Courts of Justice in London’s Strand in order to put  pressure on the Justices. It would be a brave man or woman who would carry a banner asking the Judges to carry out their duty without.fear or favour. It would be a suicidal demonstrator one who would implore the judges to follow the precedent of those who had Admiral Byng shot on the Quarterdeck of  HMS Monarch to encourage the others.

The decision to refer the case to the Court of Appeal was made by Government Ministers following a campaign launched by The Daily Mail, the brown-nosed champion  of Blackshirts, Brownshirts, and all things foul and unbeautiful throughout its infamous career. Apparently there are film and sound recordings of the killing for which Sergeant Blackman was tried and which helped his courtmartial arrive at its verdict of murder. As part of its campaign the paper showed a sweet photograph `of the Sergeant and his bride on their wedding day.

When Gerry Adams first visited Tony Blair at Downing Street there was a crowd of men with Parachute Regiment berets and blazers lined up outside Downing Street to protest. Perhaps they were not there to intimidate Blair but those of the public who might have been minded to support “jaw-jaw” rather  than “war war” would have been prudent to give the heroes who murdered Civil Rights demonstrators  in Derry and gloried in murdering joyriders in Belfast a wide berth. Though their Nazi role models may still be hauled before courts seventy-three years after their crimes, the Bloody Sunday murderers enjoy the protection of police, politicians and prosecutors and the approval of much of the British media. The Daily Mail,of course is has always championed Nasty Parties, and I see Dominic Lawson uses its columns to deplore British troops being brought to book for actions in Basra. And young Mr Brokenshire chose the anniversary of Bloody Sunday to indicate that the criminals in uniform will never be prosecuted.

PS: Yesterday, 29 April, THE TIMES of London reports. that BIG AL BLACKMAN may be the hero    of a Hollywood film, and. that Kate Winslet has been mooted to play his fragrant wife.

View all posts by Jude Collins →
The Protestants behind Irish Independence
A border poll: time to stop playing Pin the Tail on the Donkey