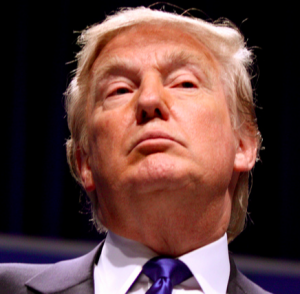 I’ve just come off the Nolan show after a discussion with Charlie Wolf ( real name Stephen Linskey) who is a British-based US political commentator. The topic was “the mother of all bombs” which was dropped by the Americans in Afghanistan yesterday.

Charlie took the line that this was a splendid thing to do. The US is fighting ISIS, this was aimed at ISIS fighters, and they would now know that the US was serious in its opposition to them.

I heard the news on TV last night, and the fact that this was the biggest bomb ever dropped anywhere was horrifying. And frightening. Because – and I suspect I’m not alone – the next thought you have is “What next – nuclear bombs?” Six days ago Trump ordered the bombing of Syria, in retaliation for the chemical attack by Assad’s forces (Assad says the claimed chemical attack was all a fabrication).   He was applauded for his actions by, among others, Theresa May. Now Trump has moved on to dropping the mother of all bombs – a neat soundbite, no doubt manufactured alongside the weapon. And rather different from the mantra of ‘Resolve your differences by peaceful political means, not violence’, preached at us by Britain and the US.

Anyone who’s interested in terrorism should note this latest action of Trump’s, because it is a classic example of state terrorism. It’s intended to frighten ISIS and anyone who might be tempted to support them into suing for peace. It’s also terrified the rest of the world, including tens of millions of US citizens, who believe Trump is unstable. A president who was able to tell reporters what dessert he had with the Chinese president Xi Jinping, but couldn’t get the name of the country his bombs attacked – he said they headed to Afghanistan, until corrected by a reporter – such a man surely doesn’t represent the best in US leadership.

So what effect will this mother of all bombs have? It may, as people like Charlie Wolf claim, demoralize ISIS and preface the end of their ghastly attacks. However, if we go by our experience here  (think Bloody Sunday, and people in Derry queuing up to join the IRA), it’s more likely to stimulate a surge in recruitment to ISIS. It also presents another example of Trump’s trigger-happy temperament.

I don’t want my family or anyone else’s family to be at risk of attack, nuclear or otherwise. So the question you must ask yourself is this: has the dropping of the mother of all bombs yesterday made the world a safer place today? I think you know the answer to that.

My hopes are pinned on the 48% of American citizens who thought Hillary Clinton, with all her flaws, would have been a better bet than Trump as president. My prayer is that they’ll flood the streets of US cities, protesting against and calling for the impeachment of this clearly unbalanced man.

The US is better than this.  How could it be worse?

Charlie Wolf, Impeach, the mother of all bombs, Trump

Talking about the Troubles
SENSE OF HUMOUR by Donal Kennedy

21 Responses to ‘The mother of all bombs’ – Take that, world!