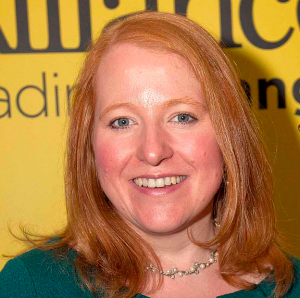 Imagine you’ve entered a polling booth to answer the question: “What’s your political choice on the constitutional status of Northern Ireland”:

I opt for Northern Ireland to

To the self-proclaimed: Neutral Citizens – plus political parties who offer the public a supposedly clear and credible ‘constitutional status’ policy – you’ve all been obliged to shift out of your ‘I’m in a non-binary box’ mode. You were confronted with the entire range of options: you either sat at home passively accepting the status quo or you proactively affirmed it or opted to change it. One way or the other, you made your choice!

Now, let’s proceed to ascribe a succinct and unique political identity label to each of those choices such as will help readily distinguish them during a political debate. Note, we aren’t herein seeking to denote a person’s national identity, cultural and/or religious choices but just their constitutional politics choice. This writer contends that how a citizen reacts to the above question might reasonably and logically translate into their ‘constitutional status’ identity label being depicted as follows:

a) British Colonialist – presently wants to keep the Irish nation divided and maintain the status quo of NI being governed by the English-dominated colonial Westminster parliament in England (a Naomi Long?)

c) British-Irish Neutralist – promotes joint sovereignty over NI by the UK and RoI governments as the centre-ground way forward (not a Naomi Long?)

Irish Republicans and Nationalists share the same goal of unity and independence of the Irish nation and may differ somewhat beyond even opposition to a monarchical state structure.

The DUP and UUP are unashamedly pro-UK British Unionists/Colonialists.

The Alliance Party were formed as a pro-UK Unionist-lite liberal party, and despite their semantics in recent years they continue to share with the DUP and UUP the same constitutional status position: all three parties oppose any change to the current status quo of NI as a constituent part of the UK Union.

Furthermore, Unionist-lite Alliance make a point of demonising as allegedly ‘sectarian’ any mention of a reunification border poll. Ditto, they accuse Irish Republicans of being supposedly ‘divisive’ for merely inviting people to properly discuss the building of a new united Ireland. If you want to glean the true constitutional politics of the supposedly ‘neutral’ Alliance, test them on the above options and await their Machiavellian squirming to evade giving you straight answers.

Finally, if we are ever to truly understand each others position and reconcile our differences,  we must escape the wishy-washy liberal speak and begin to meaningfully engage in stating, defining and then confronting and understanding our differences. A  serious impediment to truly overcoming this fundamental obstacle  is the dishonest ‘neutral’ and ‘sectarian’ shenanigans of the Alliance Party.

View all posts by Jude Collins →
‘The Blood-Spattered Record: Militarist Justice in the Orange State’ by Donal Lavery
‘The Social Democratic & Labour Party: The End.’ by Donal Lavery