[This article is from The Irish Times]

The Protestants behind Irish independence 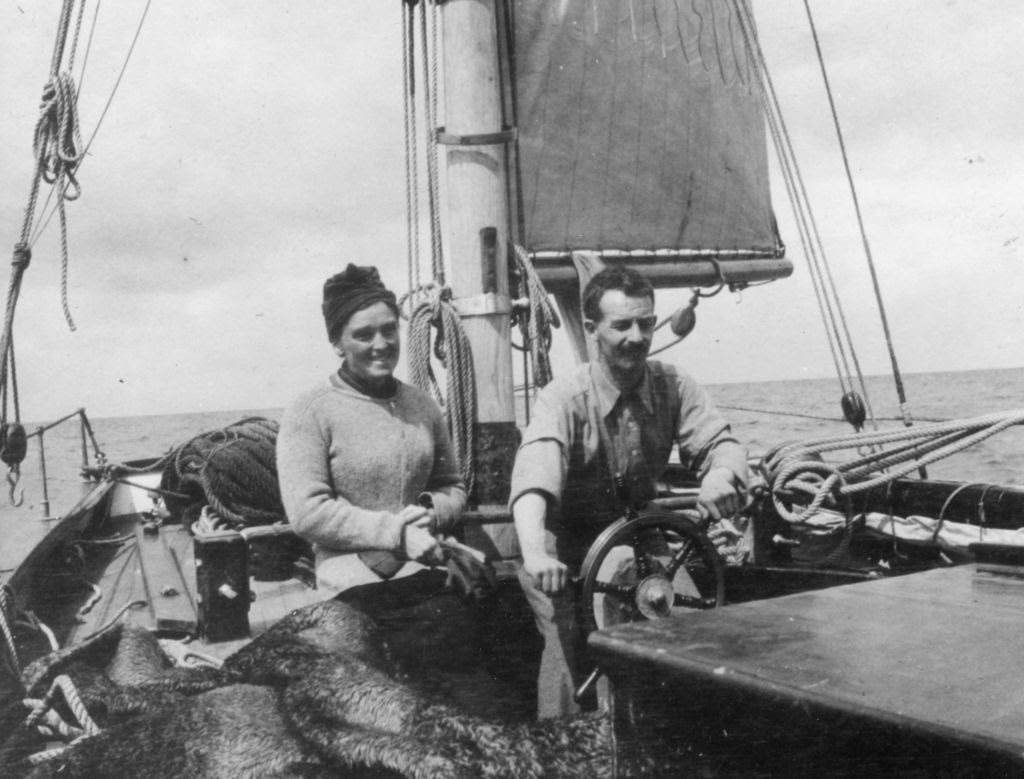 A middle-class afffair: Molly and Erskine Childers aboard the Asgard around 1910; below left: Kathleen Lynn. main PHOTOGRAPH: HULTON/GETTY

This timely book deals with the involvement of Protestants – in the wide sense, including Presbyterians and other denominations – in the national movement in Ireland, particularly in the Easter Rising of 1916.

The author, Valerie Jones, died after she had finished her first draft of the book; her children, Heather and Mark, completed it.

Jones brings to life the charged political climate of 1912-1916 and makes the point that the same process of rebelling against their parents’ politics was occurring in Protestant as well as Catholic homes. Given their sometimes pronounced unionist backgrounds, some Protestants wondered about their being both nationalist and Protestant. Many decided to learn Irish. Joining the Gaelic League opened up new vistas, and for some, this was the first step on the way to eventually shouldering a gun.

The author argues that “Ordinary Protestant participants in the Rising have in the main either been forgotten or written out of history”. She does not make a convincing case that Protestants were “written out”, which implies a deliberate writing out. She accurately states that there was a great deal of publicity just after the Rising that emphasised the Catholicism of the leaders, especially in the Catholic Bulletin and subsequently. But Brian Murphy has pointed out that Maj Ivon Price, the censor, refused to allow its editor to publish material about the Protestant leaders or even to publish poems or memorials by Protestant poets and writers about the Rising for months afterwards. It suited the British, keeping an eye on Carson and the Ulster Unionists, to make it appear as a Catholic putsch.

On the subject of forgetting the Protestants’ role, the same can be said for ordinary Catholic participants. Outside of the leaders, how many ordinary Catholic participants of the Rising are remembered, outside of their own families? The answer is the same for both Protestant and Catholic: very few. Martin Maguire has observed that “The witness statements in the Bureau of Military History Archive made by a number of Protestant republicans show little consciousness that they were in a predominantly Catholic movement and no consciousness of being considered cultural or ethnic intruders”. In other words, they were republicans who happened to be Protestants and did not want to be patronised. What mattered was not which foot one kicked with, but which shoulder the rifle felt more comfortable on.

There are very interesting sketches of many Protestants who were involved in 1916, including five members of the Norgrove family. The author laments the fact that the Irish Free State became more and more obsequious to the Catholic Church and illustrates how that affected the lives of certain rebels sketched. She is particularly good on Dr Kathleen Lynn, who, despite her wonderful record on caring for children (and prior military record), was denied the funding to expand her nonsectarian hospital, in favour of a Catholic hospital. Lynn, along with many other Protestant rebels, the author points out, resisted the idea of conversion to Catholicism and were, in fact, quite conformist in their religious views. This, the author believes, served to reassure their coreligionists. Other Protestants, perhaps less strong in their beliefs, converted to Catholicism, particularly on marriage.

The author makes the important point that Ernest Blythe, as the only northern Protestant in the Free State executive during the 1920s, was silent at the cabinet table while the Catholic cabinet members were incorporating into law the Catholic agenda on censorship, contraception, adoption and divorce. He could have “expressed a Protestant attitude on [those] religiously divisive subjects. This might have aided the development of more diverse policies in the new state.” By not demurring, Blythe gave Cosgrave and O’Higgins the impression that northern unionists would not find these measures objectionable.

The author considers the Howth and Kilcoole gun runnings, which were largely middle-class Protestant affairs – involved were Mary Spring Rice (annoyingly referred to as “the Hon”), Molly and Erskine Childers and others – apart from treating the question of decline in numbers of Protestants and the effect of the Ne Temere decree on mixed marriages.

The author cites a number of instances but only offers speculation as evidence of anti-Protestant bias in the early years of the public service of the Free State.

IRB member Harry Nicholls believed that he was not promoted to chief engineer of Dublin Corporation because he was Protestant, but it is also true that the man promoted was senior to him.

Sam Maguire, of GAA fame, was dismissed from his civil service job following his implication in the army mutiny in March 1924 and in a subsequent attempt to overthrow the Cosgrave government the following December. Perhaps these attempts to overthrow the government weighed more heavily regarding his dismissal than his religion.

But the brilliant Meredith does deserve to be much better known. He was also a champion sprinter, a novelist, a playwright, a 1914 gun-runner actually crewing the yacht, a philosopher, a translator of Immanuel Kant’s Critique of Judg ment (still in print a century later) and an expert on Brehon Law who used it as president of the republican courts during the War of Independence. Imagine an Irish judge these days reading, let alone translating, Immanuel Kant; one can’t, now that the late and much-lamented Adrian Hardiman is no longer with us.

This valuable and well-researched book adds greatly to our knowledge of hitherto little-known men and women who defied the political consensus in their churches to play their part in the struggle for the independence of their country.