Pics 1-4  are by John Patton (more of John’s splendid photographs on www.phototilly.eu) 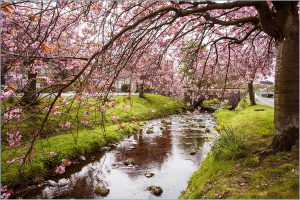 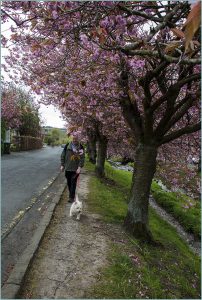 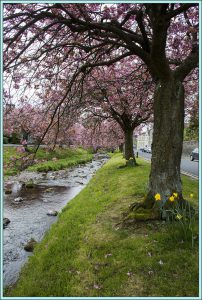 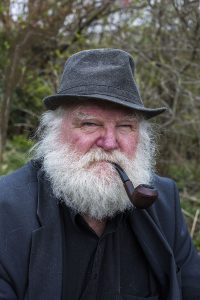 “Pic 1-3 We have ha a blast of winter here this week with very cold winds, snow in the Highlands and frost warnings for gardeners, among whom I do not count. Driving west on Monday to look after a grandchild post-school, we encountered a snow shower . Nevertheless , the cherry trees have blossomed by the burn but the longevity of the flowers is very dependent on the mood of this north wind. The appearance of the blossom certainly induces an annual mood of optimism that fine things will follow and reminds us ,too, that we are indeed fortunate to live in an extremely picturesque area.

Pic 4 is a portrait of a recently widowed, retired grave- digger. He is six foot four and a true highlander from Aberdeenshire. He is very philosophical about his life on a small holding which will be affected by the outcomes of the General Election. Politics has little interest for him as he has suffered under them all. As a Scot, however, he would like to see independence.”

Pics 5-8 are by Antrim Lens 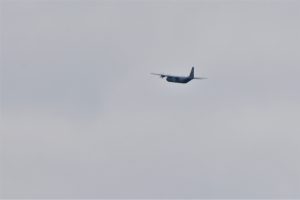 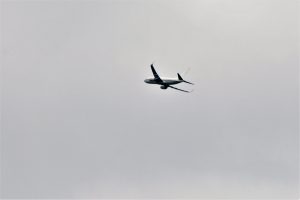 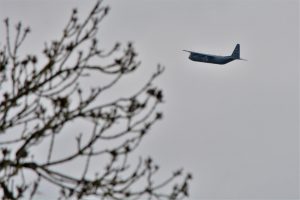 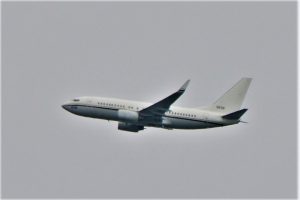 “Just to let you and your followers know that US Military flights are still using Aldergrove (Belfast Int) Airport. These two flights were today Friday 28th, the C40 jet is registered to the US Navy and left Aldergrove at 12:10 pm and the Hercules C-130 at 17:00. The flights started arriving back in April 2016 and are an almost daily sight, sometimes as many as 4 or 5 flights a day. When I hear the US has bombed some far-off place I always wonder if those munitions passed through our country first and it’s a sad day for all of us if they did.”

Pics 9-12 are by Perkin Warbeck 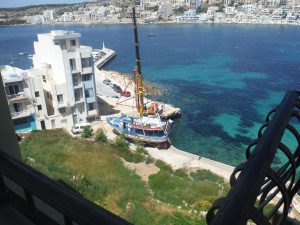 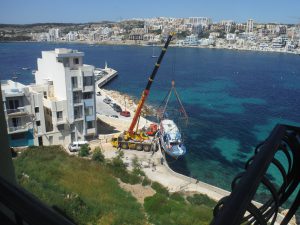 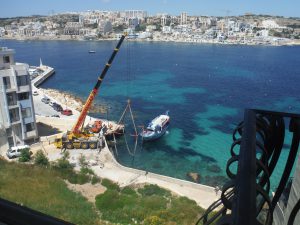 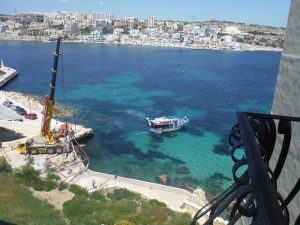 “SUMMER is ICUMEN IN

An annual ritual took place in St. Paul’s Bay during the week when the veteran pleasure craft, The Mermaid, was relaunched.

After wintering on shore during what even the local Climate Changleings admitted was ‘the world’s worst winter in living Maltese memory’.

On touching the wet, wavy waters of the Mediterranean the cry went up from the little Mermaid:

Once afloat the mermaid’s skipper expressed confidence that the financial float would steady the boat.

Confucius say: ‘A rising crane lifts all boats – one at a time’. 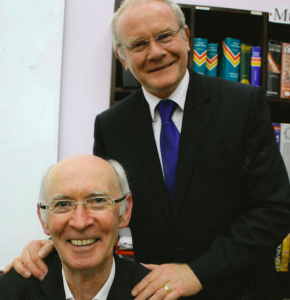 “This pic was taken in 2010 by my son Matt,  at the launch of a book called Tales Out of School: St Columb’s College Derry in the 1950s. The two guests of honour at the launch were John Hume and Martin McGuinness. I was busy signing copies of the book and I’d asked Matt to make sure he got a photograph of me with Martin. He caught Martin as he was about to exit, and he came back and stood behind me. He was indeed a guest of honour.”