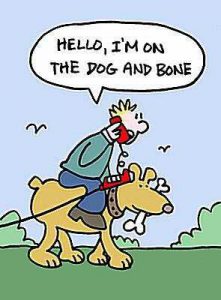 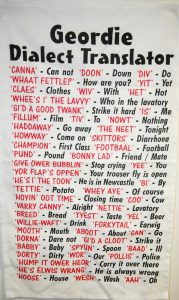 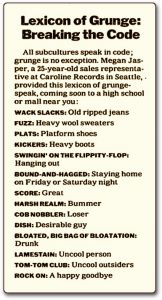 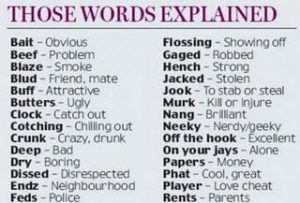 So back to this “language ” of Ulster -Scots which Nelson McCausland wished to promote on a par with Irish. I think he will find if he looks long enough and hard enough ,that the dialect he speaks of is really a mixture of local oddness, welded on to the already- existing languages.Every one of us use odd local words on occasion and consider it no more than fertile local slang which has been slipped down from one generation to the next, just as many Americanisms , Italianisms , indianisms or whatever, have entered our own speech and have become embedded in English.
The list is endless and can be very entertaining, but hardly constitutes a separate language : “bread” for money, “peckerwood” for idiot, “queen” for homosexual man, “chilling” for relaxing, “hooker” for prostitute, “cool it” for relax,”cruising for a bruising” for looking for trouble, “dough” for money,”flicks” for films, “gig” for job, “give me a bell” for phone me,”kicks” for good things, “Mickey Mouse” for something stupid…even “bad” for “good”……it goes on and on and becomes part of the language without us even realising…..but a separate language it isn’t.
Someone needs to tell Mr McCausland the hard facts of life and for the Dear’s sake, nobody should mention Cockney rhyming slang to him ,either! ……or Geordie “Toonspeak” for that matter.He’ll be looking for language acts for them too!

12 Responses to THE SLANGING MATCH OF LANGUAGE