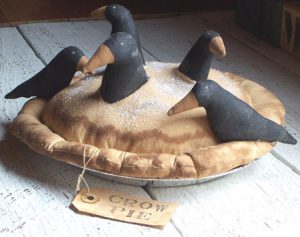 “We do want to respect and indeed better understand the language and culture which we are not a part of and to that end over the next short period of time I do intend to listen and to engage with those from the Gaelic/Irish background, those without party political baggage or indeed demands, people who genuinely love the Irish language and don’t want to use it as a political weapon.”

….and there was Arlene Foster , our ex-First Minister ,fossicking about at the very bottom among the seeds and stems of that bag of political trickery to come up with a set of sounds …a scrabble of words…something to get herself and her DUP party off the hook of their own devising and rush them back to the well-heated sanctuary of and soft seats of a renewed local government.
Outside the worthies are beginning to bark and keen about business failing, the health service crashing and the need for all these politicians to get back inside government to continue their endless squabblings.The political punters and pundits are already suffering from the dearth of brand new political scandals to write and report on and are now talking in circular riddles and hopes for any little crumb to write about.They need the DUP back inside to provide some news! What new and wonderful nonsense can this party come up with next , they ask themselves. Surely there’ll be something new to fill the airwaves? Some new wee scandal or foot-in-mouth statement , possibly about the Japanese community and their awful behaviour during World War Two or they might even have another dig at the Muslim community….have they left anyone out in their quest to offend?. None of them realise, even yet ,that their own political train just might have hit the buffers forever…..that is , unless the DUP do a complete turnaround , have a re-think about what is really most important to them …and then eat some serious crow-pie.
Of course, it goes without saying that the DUP and Arlene are a little late at catching up with everyone else in realising that there will never be a new government without the Irish Language Act being in place first and possibly even already working in real-time , as a small first step. Too many previous promises have already been reneged on, after all.The fact that these politicians and their supporters all live in a land whose place-names and town-lands are steeped in the Gaelic Irish tongue, already ,seems to have escaped them for several generations so there may be a need for some very quick re-education.These things might take a little more time than a paltry few weeks or months.Do their supporters have any idea what is required of them in the coming years?
.We might each have a spanking new postcode consisting of a few capital letters and numbers to help the man in his little red van find our homes and deliver our mail , but scratch a little harder and the gaelic townland ,town, village or city name will be there in our addresses ,hiding in plain sight.It will hardly hurt us to shine a brighter light on them.
Béal Feirste….rivermouth of the sandbanks….anyone?

Then there’s that Bill Of Rights……….?

View all posts by Harry McAvinchey →
‘A Letter to the Editor and some thoughts on it’ by Joe McVeigh
‘Unionism at the Crossroads: Endgame & Betrayal’ by Donal Lavery

8 Responses to IS IT TIME TO EAT SOME CROW-PIE ?