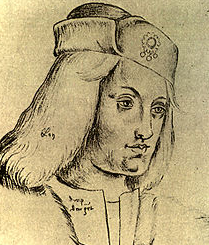 Perkin Warbeck (for it is he!)

(The shrill whistle blows for the Second Half)

On Monday in The Unionist Times we had the gratuitous googly bowled in the direction of the temples of the GAA from an unexpected source: The Iron Maiden of the Silly Mid-on, aka Una Mullally.

Today, the hack attack on the GAA comes from a more orthodox source: a GAA scribe, name of Ciaran Murphy.

Some breaches of this rule were easier to spot than others. For instance, Douglas Hyde, the founder of the Gaelic League, and a patron of the GAA, brazenly paraded himself for the cameras at an Ireland-Poland soccer game in 1938.

True, he was attending the game in his capacity as the President of Ireland, but that minor extenuating circumstance was of little concern to the GAA. A Connacht delegate raised the issue at a Central Council meeting, Hyde was stripped of his role as patron as a result, and when the matter was debated at the 1939 Congress, a vote to reinstate him was defeated by 120 votes to 11, with five abstentions.

If vigilance committees could bring a sitting president to heel, then surely overseeing Davy Fitzgerald’s suspension will be a piece of cake.

Douglas Hyde (he preferred to refer to himself as either Dubhghlas de hÍde or An Craoibhín Aoibhinn) is the great shillelagh-shaped name which is never far from the reach of the Shoneen Scribes whenever either the (gulp) GAA or the (gasp) Romanists need a right good whack-attack from the hacketariat.

(Not to be confused with a Whack-O ! attack such as might be associated with that other member of the Handlebar Club and DH-look alike: ‘Professor’ Jimmy Edwards, nach maireann).

Firstly , for being turfed out of the GAA (see above) and secondly, when the Roman Catholic Cabinet (gasp) en masse chose to wait, oops, skulk (the technical term) outside St. Patrick’s Church of Ireland (sic) Cathedral during the obsequies of the recently deceased Dubhghlas de hÍde in 1949.

Curiously, what never manages to get namechecked in the Newsrooms of the Shoneen Scriveners is the Dirty Great Big Green Elephant itself , i.e,, the actual intellectual legacy of Dubhghlas de hÍde:

-The Necessity for De-Anglicising the Irish Nation.

FRIDAY:   TGIF normally stands for Thank God It’s Friday but in this specific Friday of Fridays it’s an acronym of:

Yes, indeed this was the Friday when the Tsunami of Tsuper Tidings of Great Joy broke on the shores of the Brokenshire of the Free Southern Stateen:

‘Irish Times’ journalist recognised for his insightful commentary on Brexit

In a very real sense, therefore, the Perkin posits the idea that this indeed is the 2017 Year Itch, for in a very real sense this is the occasion when Fine Minded Fintan went to bed on Thursday night as (gulp) CarraunToole, the hack with the highest IQ in the FSS and woke up the following morning as (gasp) the MatterHorn itself !

No longer are the Carbon FOTprints of the CCC (Crumlin’s Cerebral Contortionist) to be found on West Britannia alone but, indeed, all over the continent of Europe itself !!!!

– O’Toole was announced as the winner in the Commentator category at a ceremony in Amsterdam.

There was something particularly apt that it was in Amsterdam that the anouncement was made; for there the lingua franca is Dutch. A linguistic fact which would have made Fine Minded Fintan at home, and then some: for on his home patch of Dublin he is confronted on a distressing daily basis by the fact of, erm, Double Dutch, aka, Leprechaun.

A harrowing factoid which he deals with with his inimitable Raj-like restraint. Take f’rinstance his widely acclaimed A History of Ireland in 100 Objects: with refined fingers of one hand pinching his nabob-shaped nose he delegated with the other outstretched hand the minuscule (but, alas, compulsory) number of items to do with the Leprechaun to the boxwallahs at hand.

One mentioned above The 2017 Year Itch , for the following reason:

– He is the first Irish recipient of the prestigious award.

While he and others had been nib-scratching, as it were, at the door before this and been nominated too, at last the Itch has been satisfied in the Year of the Lord of the Language himself: 2017.

The Godfather of Garrison Guff has at last been recognised on a continental-wide platform !

Little wonder that he has now aquired a new moniker among the mono-minded media and other thoughtful trough-snouters on Liffeyside:

-Marlon (as in Brand O for Oracle).

Which, curiously, blends seamlessly with another nom de plumage he has already made his own among his awe-struck contemptuous, oops, contemporaries in the know:

A Munro, of course, is a mountain in Scotland which measures higher than 3,000 feet, and of which there are nigh on 300 in the Highlands of Heather and Haggis. In the low-brow land of Hibernia, alas, there are but 13 Munros of which there is but one who can be truly classed as a high-brow Hibernian, the Munro known as Marlon:

The narky corgis on the loyal streets of Liffeyside are barking that a fillum is already in the can, covering the Award Cermemony in Old Amdsterdam to be titled, yes:

For those who recoil at the prospect of a Spoiler Alert it is as well they avert their gaze as of now.

For the crucial scene features the Glamour Boy of Garrison Guff, Marlon Munro sashaying along a sidewalk in Old Amsterdam. On reaching a subway grate his address to the assembled hierarchy of the hackitariat is suddenly sent billowing upwards in an iconic image which shall for ever be etched in the memory stick of the monominded media and other Stickies   on Liffeyside.

An upward warm breeze of acclaim from the subway (not for nothing is Holland also known as the Netherlands) was the cause of the billowing of the willow-slim scribe’s address, thereby exposing for the first time the surname of the modest recipient:

– O’Toole, who is assistant editor at The Irish Times and has been a columnist with the paper since 1988, said he was humbled by the “huge honour” and paid tribute to the “formidable” journalists on the shortlist.

What may well be overlooked in all the hulabaloo of the Hibernian hootenany is the name of the fillum which was showing in the nerve-calming, pre-ceremony cinema from which Marlon Munro has just emerged:

-The Creature from the Black Lagoon.

And here’s the kicker: the words which Marlon Munro was overheard to mutter in a matter of fact Matterhorn kinda way were:

-I sympathise with the Creature. He was, after all, just trying to curry some love and sympathy.

The Perkin’s decoder is happy to oblige his loyal reader as the latter is owed same:

These views on 1916 are consistent with The European Commentator of the Year’s views on these matters in contemporary times of a Unionist bent.

One has but to instance this headline of his in the last couple of weeks:

-Martin McGuinness, Commander-in-Chief of PIRA, was a mass killer.

The consistency will no doubt be maintained with the sad but inevitable passing in the fullness of The Unionist Times, of another Commander-in-Chief, one who has (gasp) 28 campaigns under her royal girdle: Hausfrau Coburg-Saxe-Goth.

It all depends on whose end comes first: That of The Organ of Rex Accord or that of The Regina.

Even as he stood on the summit of his cloud-capped career, Marlon Munro yet managed to keep his FOT prints firmly on the ground, even while his Persil-white address was in billowing mode and he was gazing down at the vertiginous drop in the sales of his beloved Garrison Gazette:

“I think people are also coming back to newspapers. There is a sense that in better times, people maybe felt that they didn’t really need newspapers – that they were superfluous.

“I think what we’re seeing now is that there is a swing back towards newspapers. People are subscribing, people are engaging with newspapers more, because they do need sources of information that they trust, and they need a kind of analysis that is evidence-based.”

What is bothering Colm Tóibín, the Ronnie Flanagan-look alike, is that the tax payer is being asked to cough up less coppers for the coffers of the, erm, Aos Dána.

Aos Dána, aka, Cronin’s Cronies, was the dinky dodge which Colm Tóibín’s fellow Wexican, Anthony Cronin convinced a brow-beaten, head- over- arts-awed CJ Haughey was a Good Thing to Do.

Indeed, there are those who might be inclined to think that the foundation of Aos Dána was even ‘more oddly North Korean’ and whose theme toon might well have been:

-Pyongyang went the Pulled Strings of my Arts !

Anthony Cronin’s life work was the cracked mirror image of that , of course, of Dubhghlas de hÍde:

-The Necessity for Re-Anglicising the Irish Nation.

Also, on Saturday, another Arts Council-funded outfit, i.e, the Gate Theatre came under the gimlet eye of the editorial of the Organ of Rex Accord:

-A year to its 90th anniversary, the Gate Theatre recently entered a new phase in its history with the appointment of its first female director, Selina Cartmell. She is a daring and often innovative theatre-maker who steps into the role at a time of challenge to the theatre’s reputation and to its sustainability.

-Cartmell is only the theatre’s fourth director in almost 90-years. Her predecessor Michael Colgan served 33 of those years, a longevity that might be deemed unwise in any creative organisation. Although Colgan consolidated the international reputation of the Gate, mounting productions with star names, and was in tune with its audience, his programming policy was designed for the most part to play it safe.

What the concerned editorial fails to point out is that the new director is a native of Cumbria. This is itself might mean nothing – the original founder of the Gate Theatre after all was the great Micheal Mac Liammoir, a native of London – but taken in tandem with the recent appointment of a duo of Writers’ Block Jocks to control of The Abbey Theatre/ Amharclann Náisiúnta na h-Éireann it can only indicate that the Colganisaiton of the Gate will continue:

-The Necessity for Re-Anglicising the Irish Nation.

In 2010, incidentally, Michael Colgan, who had to make do witha modest annual stipend of a quarter of a million squids, was awarded an honorary OBE by the Hausfrau Coburg-Saxe-Gotha (see above).