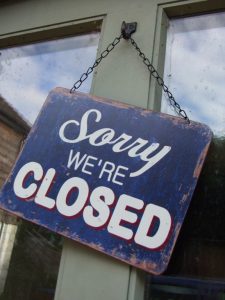 Does anyone miss Stormont? If you believed the media…”The Meedja”…. you might feel that you were at sixes and sevens about the lack of local government. I mean …maybe you really are very agitated about the whole scenario that has developed since the RHI scandal and its following shoal of lesser scandals capsized the government of Norneverland a few months ago.I mean there’s also the very good chance that you mightn’t actually really give a fiddlers whether it was ever revived or not.You might not have noticed its demise at all if you ‘ve been off backpacking up the Amazon, other than that on your return you might have noticed Arlene Foster wasn’t now constantly gurning on television every evening. You might simply scratch your head and set out to mow that lawn.how much difference would it really make to your life anyway? There has been political confusion here for almost one hundred years and that grass continues to grow anyway.
By the sounds of things , the only people who really want to get back into their nice cozy offices are the DUP .It makes you wonder alright.Don’t get me wrong , I’m not in favour of Direct Rule, but realistically , how can even Westminster screw things up as badly as the DUP did when they got a shot at grabbing the old tiller of power? Come to that , what did Sinn Fein ever really get out of it all, either?
We all know the great growing stack of scandals the DUP got their sticky fingers into and there may have been a “little earner” here and there for their friends and supporters. You might say they enjoyed all that feeling of power and the illusion that they were really running the place properly…as two seperate “communities” rather than simply , one whole community .There is even another sort of scandal currently brewing ,in that various Orange Halls were the recipients of money from a DUP “pilot” scheme to refurbish various “cultural centres” that was slipped in under the radar. It wasn’t a “proper” legislated scheme , you see, so it slipped through without much freal fanfare. It seems that they had the refurbishment of Orange Halls(unionist) in mind, rather than a balanced scheme encompassing GAA(nationalist) premises too(which apparently were a tiny pecentage of the scheme’s recipients). The idea was that most of these applicants were people who considered by themselves to be so “good-living” that they would never apply for any of that dirty cash associated with the UK’s National Lottery funding -scheme, because it had associations with all those hell-bound gamblers who provided the money in the first place with their satanic scratch-cards and the like. The idea was that the unionist community , which for argument’s sake is the “community” containing those who are the “saved ones”, was losing -out on this windfall, so a little extra -curricular financial jiggery -pokery was needed to baalnce the books get them up to speed ,without losing their souls to the evil Beelzebub in the process.
Personally I think that this kind of behaviour is another crazy case of cutting off your nose to spite your face and anyone with such strong self-beliefs should be left to their own devices and not treated as some special case at all .I’m of the Eddy Izzard school of thought that believes why would anyone ever bother buying a lottery stake in the first place when the mathematics clearly tell you that the odds are that you might as well try and eat the moon with a spoon (his words), as have a chance at winning the Big One. The chances were akin to being eaten by a tiger in Portrush.The fact is, though ,that all those little wishful tax-paying punters and their punted pounds ,provide the cash for many charitable projects across the land and are available to anyone who asks. It’s a bit rich to provide the “Saved” with a special fund of their own simply because they don’t want to get their wee hands dirty with any of that tainted filthy moolah from England, but the recipients , much like the RHI boiler converts are just fine with a wee iffy DUP scheme specially made up to keep them aprt from the hoi polloi ,sweet and in the voting pocket of the DUP ,as long as the cash is right.
You can see why the DUP might want to get back into government and get stuck into the control of all that lovely cash again, but what of Sinn Fein. ?What did they get out of it all and why would they really want to get back in? They spent an inordinate length of time attempting to build bridges with their fellow ministers in government which were not reciprocated.They went into government jointly with the DUP, with expectation that there would be a Bill of Rights for everyone in place .There was also to be a Programme for Government with a committment to develop the Long Kesh site as a historical museum for everyone;there was to be an Irish Language Act put in place and some sort of Truth Recovery mechanism was to be instigated in order to get to the truth of all the Troubles’ related deaths right across the board.The DUP either stymied or reneged on each of these supposed”promises” and the British government began to cite “National Security” as their reason for holding back on information too. Everyone knows there is a back-story which involves the British government’s involvement at some level in various killings , the so-called “Dirty War” and in encouraging loyalist violence. None of this is news to most people who can read, so it hardly threatens national security .It hardly threatens anyone ,even if they have done some very bad things , because if it is set up properly , no one will be prosecuted anyway.

Then of course there was the DUP’s Red Sky Scandal and the NAMA / Project Eagle scandal. The DUP left government without any honour intact; they never honored any deals or made any concessions. Martin McGuinnes had already done the unthinkable for a republican and had shaken the hand of a monarch and still lived to tell the tale, his republicanism still intact.
Martin McGuinness made all the moves to stretch hands across the divided community.The DUP , for their part did nothing.That was the balance. They did zilch!If anything , the DUP’s behaviour managed all by itself to increase the Sinn Fein vote at the last election, simply by being badly behaved.Sinn Fein , you might argue, may as well let the DUP continue with that particular strategy if it is going to gain republicans increasing future vote share. Sinn Fein may not have been able to stymie the DUP’s avaricious greed for cash while in government with them , but they seem to have somehow poisoned them with kindness, if nothing else.How else to describe the Sinn Feinn increase of potential seats? It wasn’t magic ; the DUP did it without even realising it.
From Sinn Fein’s point of view , Stormont itself appears to be fast becoming a pointless , distracting side-show which has provided nothing for their electorates’s expectations, so they have now no real incentive to revitilise it or even feature in such a masquerade anytime soon ,, courtesy of the DUP’s behaviour.It has been said before….what is the point of working with a player who doesn’t want to play the game? It must be like playing with a team who simply want to kick the ball off the pitch. The DUP were not playing the game and don’t appear able to do it anyway.The prefer to be in the backpocket of the Tory party at Westminster , while Sinn Fein have been steadily building their all-Ireland project southwards ,anyway.Maybe they should just lay out for the DUP and unionism what they intend to do eventually and at least let them prepare for the inevitable as their voting base continues to grow.
From a historical perspective ,when the smoke of emotion settles and the fantasies, lies and fabrications of a whole life are finally teased out into some literary shape, Martin McGuinness’s tenure in in Stormont will most likely be coldly judged as that of a person who tried damned hard to create a fairer society across the board, especially in his last years of life.His DUP partners have done themselves absolutely no favours in this respect and will wilt in the glare of that same spotlight ,in sharp contrast. If anyone can remember just one saving grace for this party , steeped as it is and was, in its hatred for the modern world and unable by genetics to know or engage in the arts of compromise , power-sharing or deal-broking.; all that will be available to the historians is a paltry catalogue of scandals and an unedifying list of non-skills for anyone, or any party wishing to indulge in the political arts. It will be decided that nothing of value was produced by them.
Sinn Fein literally wore themselves to the bare -bones trying to keep Stormont afloat.It’s all there in the record, right up to Martin McGuinness’s attempt to reach out a saving -hand to Arlene Foster when she was bent on the political suicide which followed. Martin McGuinness’s final act was to call an end to something that had become implacable , rotten nonsense. There is no one else in any party and especially in Sinn fein who would have ever been able to make any of those gestures with credibility still intact. He did all of that before he died.It will never be able to be repeated by anyone.No such person exists to do it.
As it has all been done to no avail and now that there is no Stormont , what would the real point be of trying to tell that same raddled story all over again? Is it not a simple fact that it has been tried to the very point of death and has proved to be a pointless exercise and not really fit for any real purpose? The unthinkable thing is that there is no real probability that we will ever be able to produce a future system of government that really works properly, which is based on this model. One party made no effort to make it work. Why would they be trusted to do it again? Who can argue with that?

9 Responses to WHO MISSES STORMONT?