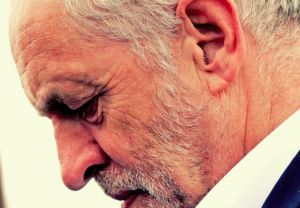 First pride, then the fall. Jeremy Corbyn emerged as the undisputed winner in the question-taking/Paxman-interview head-to-head with Theresa May the other night. But the cheers had hardly died down when he went on BBC Radio’s Woman’s Hour and couldn’t produce a figure for the free pre-school care his manifesto has promised. There we go – weak and incompetent.

Or maybe not. Corbyn’s sin was that he couldn’t give the figure without reference to his iPad or other sources. There’s no denying that someone who can rattle off every sum and statistic with the ease of a computer is impressive. People used to marvel how Garrett Fitzgerald would spew out chapter and verse like a human ticker-tape machine. But was he a more successful politician than, say, Charlie Haughey?

It comes down to whether you believe in people who can speak without notes and children who are terrific at their times tables. Such people and children clearly have very good memories; but then we all have massive memories at our finger-tips these days. It’s called a computer. Mowing your lawn with a push mower may look impressive; it’s also pointless.

Whether or not Corbyn was able to produce those figures from inside his skull literally doesn’t matter. What matters is that his party and his manifesto have done the sums and they add up. The rest is to mistake people who have good or even supergood memories with people who have brains.

Channel Four News last night had a group of oldies and youngies gathered in Wolverhampton, and they were asked what they thought of Jeremy ‘s gaffe on Woman’s Hour. Every one of them said it could happen to anyone, and was dwarfed by his confident and convincing performance with Paxman and the audience the previous night.

The Corbyn juggernaut may finally have begun to move. The only question now is, will it have time to overtake Theresa inside eight days?

6 Responses to Corbyn: calls himself a leader and can’t remember a number!