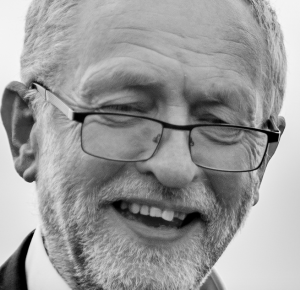 ‘Blessed are you when people insult you and persecute you and speak all kinds of calumny against you. For that is how this people persecuted the prophets who lived before you.’ Matthew 5:11 I am reminded of these words after listening to Nolan this morning. Such was the vile vicious attack on Jeremy Corbyn by Rude Dudley Edwards that I could only think he is truly blessed and fortunate and on his way to victory.

I do not know if Jeremy Corbyn is a Christian but I do know that he lives as a Christian ought to live. A mutual friend in London told me some time ago how, after his wife died, Jeremy came around to sympathise with him and spent many hours with him. From what I know and have observed Jeremy Corbyn is a decent man who cares about people and about those who suffer and he cares about world peace. Unlike his detractors he has worked to bring about peace here in Ireland and in other countries. Jeremy has stated that he believes that dialogue is the way forward when trying to resolve all disputes. Jeremy worked along with Gerry Adams and others like Ken Livingstone and John McDonnell to bring about dialogue between the British and the republicans. That was during a very difficult period. He took risks. Now for his efforts he is being attacked by a scurrilous band of sectarian Tory supporters like Rude Dudley Edwards who deliberately misrepresent what he did to bring about peace. These Tory diehards are beginning to panic because the gap between the Tories and Labour is diminishing every day. Rude Dudley Edwards sounded like a woman suffering from anxiety this morning.

We can only hope and pray that the people who care about peace and justice will go out to vote for Jeremy Corbyn on June 8th. They can show that voting can make a difference and that politics does work.

View all posts by Jude Collins →
SECURE IN OUR BEDS? by Donal Kennedy
Sean O’Rourke and RTÉ: avoiding an appalling vista