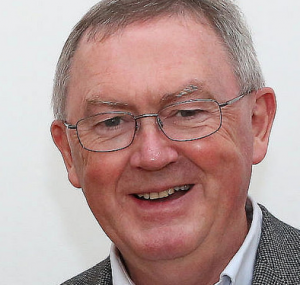 I listened to RTÉ’s Today programme yesterday and presenter Sean O’Rourke went into an ad break with the promise that he’d be looking at the British general election on the other side of it. And so he did, chatting to some expert in England about how Corbyn was doing, how May was doing. When the discussion ended, the presenter promised us the programme would be coming from London at some point next week.

Which goes to disprove the notion that the nearer an event is to you, the more interest you take in it. RTÉ is located about fifty miles from the border, where some eighteen seats are being contested in said general election. And contested, what’s more, by Irish people, who will be voted in (or not) by a lot of other Irish people.

Had there been eighteen constituencies going to the polls in Munster, say, would RTÉ have still acted as though they didn’t exist? Or is it just those weird nordies that merit exclusion? Maybe Sean and Co are afraid that if they focus on the northern election, it’ll sound as if they see northerners as Irish , which would be a confusing and appalling vista.

RTÉ is considered the national broadcaster. Judging by their actions yesterday, it looks as though the nation stops between Dundalk and Newry.

View all posts by Jude Collins →
Jeremy’s Enemies by Joe McVeigh
Corbyn: calls himself a leader and can’t remember a number!

6 Responses to Sean O’Rourke and RTÉ: avoiding an appalling vista