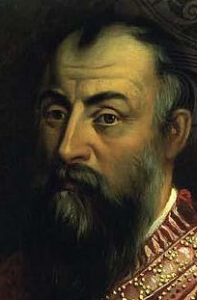 In fact O’Neill left Ireland in 1607 with notable companions and in 2007 scholars met to commemorate the event. A collection of essays arising from the meeting came into my hands and I wrote my appreciation of them for THE IRISH DEMOCRAT.

BOOK REVIEW: THE FLIGHT OF THE EARLS.
Imeacht  na nIarlai. Edited by David Finnegan, Eamon O Ciardha and Marie-Claire Peters. GUILDHALL PRESS, Derry. Dec 2010. £40.00 Stg. 300 pp h/b.
This handsomely presented, beautifully illustrated collection of thirty-five essays by as many scholars  provides a kaleidoscopic tour of the causes, course, context and consequences of the 1607 “Flight”.   and its commemoration in different times and media.

The scholars, based in Ireland, England, Scotland, Spain, Germany and the United States draw on contemporary (17th Century) sources, in prose, poetry and drama, in various languages, including Irish,the language of most Irish people, learned and unlearned, of the time. Six of the thirty- five essays are in Irish, and this, less learned, reviewer, was delighted he could cope with them with a little help from a dictionary.

“The ‘Flight’ say the Editors “was an event of historical importance, difficult to overstate.”  Four hundred years after the event, in 2007, a major international conference was held at the scene of departure, Tir Conaill/Donegal, and the collection under review is a fruit of that conference.

It is a fruit I devoured with pleasure and I would recommend it to those who, like Macaulay’s Universal Schoolboy, know, or think they know, all about the Earls, their Plight and their Flight. I would recommend it also to the greater, more modest and more honest public, who admit to knowing little or nothing of their story but should enjoy reading about it.

View all posts by Jude Collins →
Corbyn: calls himself a leader and can’t remember a number!
‘Saving Planet Earth’ by Joe McVeigh