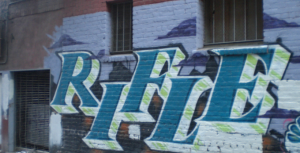 The title of this article is a reference to the extraordinary book by Michael Farrell, “Arming The Protestants”, which I highly recommend to you all as essential to understanding not the Irish question, but rather the British problem in Ireland. And of course it has heavily influenced my thinking. Let me say first and foremost, and I put my cards on the table, I am not opposed to people using force to defend their interests against tyranny when all other means have failed. Pearse once said of that period that the worst thing about guns in the hands of Ulster-men was the absence of such guns over the shoulders of other Irishmen.

However, one must question the context in which people take up arms and their intentions behind loading them. There are people on this island who identify not as British, because the ordinary British people don’t convey any such approach, but as Empire Loyalists. Those are two very different things. Empire Loyalism is confused for “Britishness” because the Genesis of the Empire was London. Gibraltar is no more British than Hong Kong. These people hold that they have the universal right to “be British”; where I would contend, by contrast, that they do not have the right to uphold their interpretation of “Britishness” at the expense of the democratic majority on the island who are and wish to be Irish. In the same way that the South Vietnamese had no right to uphold American colonialism against the wishes of the entire national unit who sought to be independent from foreign domination.

During the Home Rule era, the Unionist and Protestant tradition in Ireland was egged on by the right-wing of the Tory party; who led them to believe that they would be a persecuted minority in a sea of Irish republicanism and Catholic social teaching. In reality, these lies were propagated to deceive the Protestant working class because the underlying motives behind them were to protect the economic interests of the Landed Gentry within Ireland – many of whom were Tory peers (the Saunderson’s, the Longfords, the Jameson’s, the Guinness’s, etc). This ruling elite, which had governed Ireland via dominance of local and national authorities until some Local Government Reform was legislated for, feared that a united Ireland would have to tax their assets to lift the remainder of Ireland’s children out of poverty and unemployment.

Contrary to popular belief, there was no religious element to this anxiety. In 1798, it was largely the Presbyterian tradition who took up arms against the tyranny of the Crown to align Ireland with secular and revolutionary France. The rebellion was put down by a coordinated mix of right-wing Catholics, Orangeism and the Anglican Ascendancy – all of whom had deep economic interests in Ireland. The Catholic Church was bought off by the British Government funding the establishment of Maynooth College for years – the men of cloth failed us yet again!

In the North, you had the creation of a feudalist, apartheid “Bantustan” state; artificial and illegitimate under international law, with the same Anglican Ascendancy class dominating the power-structures, aided by a collaborator class of Catholics. There were some exceptions, in the form of Presbyterians in high office – like Sir James Craig, who had served in successive Tory cabinets. Carson, by contrast, came to recognise that this monster settlement had nothing to do with the Union or Crown and had everything to do with protecting the assets of what he called the “Tory intrigues”; he subsequently encouraged the Protestants within the North to treat the minority properly and to hold dear their relations with the people inhabiting the remainder of the island which he still regarded as one economic, social and political unit. Like Colonel Saunderson’s family in Cavan, he felt that he no longer had any country.

From the inception of partition, you had two austere ruling classes divided not in methods or ideology, but by an artificial border – who parasite off of the labour of ordinary people. The Northern state fuelled the seeds of fear they planted in the Protestant mind by arming and aiding right wing militias under the guise of the UVF – many Unionist politicians, like Basil Brooke, had been aforementioned Orange terrorists. This was added to by the unrepresentative elite governing the Free State, who sought about establishing a Catholic theocracy – which the Presbyterians could never want to be part of. Throughout the Troubles, many British governments armed these far right elements as part of a wider counter-insurgency against left wing forces, turning places like North Belfast into Loyalist “killing fields”.

To this day, few people really believe that the Unionist death-squads fully gave up their weapons – for how could they wage drug and crime wars without them? But we are at the point whereby even those guns cannot inhibit forces motivating the human minds and hearts of decent Irish people, who have every right under international law, to bring about the reunification of their country. Whatever may come out of the talks process at present, the only permanent solution to these artificial divisions within Ireland is for Britain to initiate a declaration of intent to leave. What I mean by that is simple – if Britain tells the Loyalist people that they are exiting Ireland, then no amount of firearms can sustain the failed political entity that remains the Northern statelet. It would also put the backs of ordinary Protestant people firmly to the negotiating wall by making them realise that they have to reach an honourable consensus with their nationalist neighbours on the kind of democratic Ireland which will emerge.

Now I want all guns out of Ireland. There needs to be a settlement whereby the Protestant working class can always utilise syntax over Semtex to defend their interests. A nation whereby men and women rise to the occasion which their communities and the times demand, in a parliament of the Irish people, elected by the Irish people and governing within the interests of the entire Irish people – every single part of it. A state where we can fire the “Tory intrigues” who remain on both sides of the present border via the mechanism of one man, one woman, one vote. Where Northern Unionists are reunited and reconciled with the former Southern Unionists they left behind. And to be a solemn example not just to the Protestants but to the world, that however problematic British standards towards Ireland have been, they have nothing in their hearts or minds to fear from Irish standards in Ireland.

3 Responses to ‘Unity in Ireland: Disarming The Protestants’ by Donal Lavery