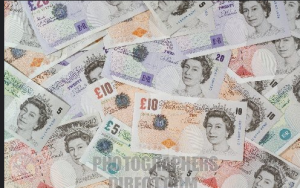 Hey. That £1 billion which Arlene and the Gang of Ten have squeezed out of Theresa May – good deal or bad deal?

Any drawbacks? Well, none to speak of. Or at least, none that  wise and objective commentators like Newt Emerson can find. The rest of us dull-wits, we might take a longer view and wonder how the Tory government can be in two places at once. Because that’s what’ s called for.

Its representative in Paddyland, James ‘Snap’ Brokenshire, will of course continue to be the baggage-free arbiter of our interactions, seeing to it that neither of the warring tribes carries a brick or a flagpole into the negotiating room. At the same time, his boss will be making sure that nothing upsets her new partner-in-government….No, tell a lie. The DUP are not partners. They’re confidence-and-supply associates. Or is it supply-and-confidence? Either way, they’re not really part of the government, although at the same time Theresa must see to it that no detail of any kind upsets any of the Gang of Ten. In Westminster or in Stormont. But that doesn’t mean that James isn’t impartial, any more than the fact that he and his mistress are declared unionists means they’re partial. They’re unionists but they’re fair unionists. I hope that’s clear.

There are some who say this DUP-Tory deal  will erode confidence. That the nationalist and republican people will get truly fed up with the signing of Agreements which are then implemented on an a la carte basis. The items unionism and the Tory Party feel like implementing, they implement. The bits they don’t feel like implementing they ignore. And there’s no point in Gerry Adams or anyone else complaining about an Irish Language Act being promised in writing, or a Bill of Rights being promised in writing. Because the unionist politicians and the Tory politicians will just roll their eyes, put on their head-phones and flick the noise-cancelling switch.

Newt Emerson in the Irish Times this morning (of course he’s neutral on the north) dismisses the possibility of the DUP-Tory deal threatening the peace here. As always, he’s 100% right. The IRA will not rematerialize out of the mist and start lobbing hand-grenades at the statue of Carson. But that’s short-term. Mid- and long-term? Well, the Troubles had many mothers but high on the list was the fact that unionism ran our North-East Nest in a way that treated nationalists and republicans with contempt. But you can’t say they’re doing that now, can you? They’re simply not following through on things signed up to, like an Irish language act and a Bill of Rights… Don’t be so silly, of course the nationalist/republican population won’t eventually get sick of being lorded over and remove the pike from the thatch once again. Deep in their hearts, they like being a subject-people.

42 Responses to That £1 billion: good deal or bad deal?