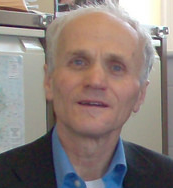 “I think it’s a disaster for Ireland in that we are now back in the old sectarian swamp in the north, with one party effectively representing Protestants and another representing Catholics, and nothing moderate or non-sectarian in between.”  These are the words of one Andy Pollak, one time director of the Centre for Cross-Border Studies. He was quoted in an article by Ed O’Loughlin in the New York Times last week. Andy Pollak has great difficulty with the democratic wishes of the people who live here, especially with those who cast their votes for Sinn Fein. He calls it ‘sectarian’.

Sinn Fein is the most anti-sectarian party that I know. Andy has been an SDLP supporter all his life. Might explain how he got such a good paying job for 20 years.

The NY Times continues:  “Others take a more sanguine view of the DUP party. Paul Bew, an emeritus professor of history at Queens University Belfast, said many senior D.U.P.(note the dots) members and party cadres, including their leader, were Church of Ireland members who once belonged to the Ulster Unionists. For Protestants who want to work in politics in Northern Ireland, he says, the D.U.P. is now the pragmatic choice of party. “They are not Attila the Hun,” he said. “They’ve been doing deals with Sinn Fein for 10 years now. Some people who are not paying attention think they are as they were 30 years ago. I’m not saying they are now liberals, but they’ve come a long way since then.”

So retired professor, Paul Bew, thinks the DUP has come a long way. Really? I would have thought they are going backwards instead of forward with all their hysteria about an Irish Language Act.

O’Loughlin continues: “Although the D.U.P. supported Brexit in last year’s referendum, few Irish observers, north or south, think the D.U.P.(note the dots for the NY Times) really wants a “hard Brexit” — a total separation from European markets and customs unions.” So what do they want if not a return to border controls?

A hard Brexit “would almost certainly require the reintroduction of border controls between northern and southern Ireland, damaging their economies and perhaps rekindling violence.” Beyond that, the price that the D.U.P. would demand for supporting a new British government remained a matter of conjecture. “They don’t really need anything,” Professor Bew said. “A bit more investment, maybe.”

Well we now know they got 2 billion sterling for the next 2 years in return for supporting Theresa May’s right wing Tory government. Their main concern is Jeremy Corbyn.

O’Loughlin added, “Northern Ireland gets 10 billion pounds a year from the U.K. Exchequer, and that needs to continue. Everything else is peanuts.”

This is typical of the reporting in the NY Times. It is little wonder that the US public is so ill-informed about Irish affairs. Several times, recently, in New York I was asked in what country is Dublin? The new Taoiseach and his government have a responsibility to educate the world (including the NY Times) about the reality of the British occupation of Ireland and the negative consequences. The Andy Pollaks of this world have nothing to offer towards understanding that reality.

View all posts by Jude Collins →
LEO, LEOPOLD and the LIONS (2) by Perkin Warbeck
The DUP: its word is its bond. Or something.