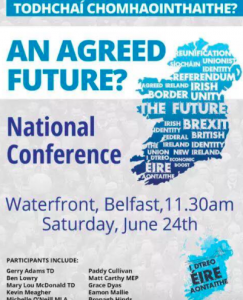 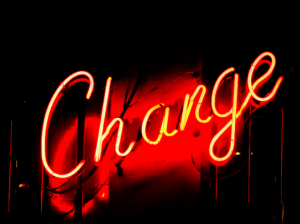 I’m standing on the threshold of another trembling world… These few words are seared into the consciousness of a whole generation of us, the conflict generation, who stood in awe of the selfless sacrifice of the first of our 10 Hunger Strike Martyrs.

Well a chairde, today I feel that we are again standing on the threshold of another world but not in awe and not in trepidation but one with hope and vision of a different way of life. Irish republicans have always had a sense that things didn’t and don’t have to be this way, that there is a better way of doing things, of doing right by the majority of citizens who share this piece of earth together. We have always had a sense of the vision and the potential that could change our future and more importantly could change the future for our children and our children’s children. It seems to me that the point is fast approaching when it’s possible to reimagine our political and economic structures.

We had a glimpse of it in March when we watched, read, listened and browsed into the wee small hours as the Assembly Election results crawled in, 27 to 28… The unionist majority gone… And again two weeks ago as we caught the results, much faster now, of our massive surge across the north and another 3 Republicans returned. The fact that it was matched with the ‘Corbyn Surge’ also lifted our spirits. And once again, no unionist majority.

Unionism, for the moment, is on its uppers, foolishly imagining that as a result of circling the wagons round their extreme, fundamentalist brethren that they can turn back the tide. It’s all transient. They offer no hope, no vision for the future apart from building a bulwark against progress and equality. Their previous leader once talked the talk of reaching out to the nationalist middle-class, offering a piece of the pie to those willing to sup from his well. That didn’t end too good as we now know with only a litany of ‘alleged’ financial underhand skullduggery and greasing of palms to show. And so the clock is ticking for the dawning of a new day. For a glimpse of how some of that might shape up anybody, everybody should come along to the Waterfront Hall this Saturday, 24th June. 11.30am ‘An Agreed Ireland?’ That brave new world awaits…

5 Responses to ‘Another Trembling World’ by Séanna Walsh