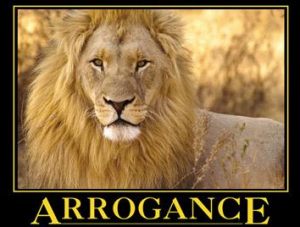 As far as I am concerned the reason for the breakdown in talks and the problem we all face is the arrogance of the DUP who feel they are the top dog and that they can over-rule everybody else and every other party. They think that because they are unionists, aligned now with the Tory party in government, that they can ignore the wishes and legitimate rights of the other half of the electorate.  They ignored the result of the Brexit referendum in the 6 counties. That is how unionists have behaved in Stormont since it was established in 1921 and that is how they continue to misbehave. It is very difficult to make a deal with or share power with a party which is so arrogant and which appears to have learned no lessons from history.

They have been getting away with their arrogance for years in the media and in the halls of power. Look at the behaviour of Nigel Dodds on TV or Gregory Campbell in the Assembly or the remarks of Sammy Wilson and Paul Girvan about Brexit and the Irish language. There will be no settlement till this arrogant attitude is abandoned. Arrogance breeds mistrust. Arrogance needs to be replaced by respect and acceptance of other legitimate view-points.

This arrogance of the DUP has now been accepted by the Tory government and reinforced with a promise of money to bolster their fortunes. The DUP feel no pressure to concede on any demands from Sinn Fein or the Irish language community or Dublin or anybody. They resent any interference from Dublin which is a co-guarantor with London of the 1998 Good Friday Agreement. They have shown nothing but contempt for the Belfast Agreement and subsequent agreements.

So the DUP negotiators by their refusal to accept basic rights and entitlements as outlined in previous Agreements has made it impossible for Sinn Fein to form an executive. In the words of one DUP member they would prefer Direct Rule from Westminster than having to make any concession on an Irish language Act. So long as the 10 DUP members are needed to prop up the Tory government I do not see much chance of their being a deal where the DUP accept equal responsibility and the equal rights of republicans/nationalists.

However, this cosy relationship with the Tories will not last forever. A new day is coming and a new government will insist on the DUP treating other parties here with respect and on an equal basis. Even there is no deal things have changed. The DUP, the British and the Irish governments have to learn that there is no going back to the days of unionist domination and bullyboy tactics in this part of Ireland.