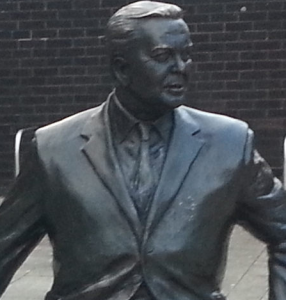 “A week,” said Harold Wilson, “is a long time in politics”.
From Sunday , 4 June when I embarked on a cruise liner at Dover, until I disembarked on  Sunday 11 June, I was on the High Seas and the Norwegian fjords with but fitful Internet and TV access. So many things had changed, utterly. Though  I had used my postal vote for a forlorn hope he had ousted the sitting Tory, the helpless Jeremy Corbyn had metamorphosed into a star and Teresa May had proven a bewildered loser -an object of mockery, particularly within her own party. In Northeastern Ireland The SDLP’s Neo-Redmondism could neither retain nor gain a single seat, partly because Sinn Fein took seven on their own merits, and partly because the SDLP, by its dog-in-the-manger treachery handed seats to the DUP. In Dublin, Fianna Fail’s Micheal Martin attacks Sinn Fein for honouring its promise not to sit at Westminster, a promise kept since its foundation by Arthur Griffith and later under the leadership of Eamon de Valera and others. It seems to me that many, perhaps most FF, FG and Labour Deputies in Leinster House know nothing of the motivation of their parties’ founders and would despise them if they did know.
The two leading newspapers in Dublin are anti-national, and THE TIMES OF LONDON, Hibernophobic to a genocidal degree, now prints an “Irish” Edition. What next, –  a Die Sturmer for Golders Green and another for Tel Aviv?  The extinction of the Ulster Unionist Party of ersatz noblemen exercising the droit de seigneur should be one for celebration. Teresa May’s desperate gamble on the support of the dour and boorish charmers of the DUP looks interesting but could end in tears. But within another week it could prove a stable arrangement.
I’ve just been re-reading Michael Collins’s arguments made during the Civil War for the war he was waging on his former friends. He has a chapter headed “Partition Act’s Failure.” He had been persuaded (by Lloyd George? by Churchill? by himself?) that the 1920 Act’s provisions for the Six Counties no longer applied. (The Path to Freedom – first edition, printed 1922 just after Collins’s death.)

View all posts by Jude Collins →
HOOK, LIONS  and STINKERS (1) by Perkin Warbeck
A STEEP LEARNING CURVE FOR THE BRITISH PUBLIC

5 Responses to A LONG TIME IN POLITICS by Donal Kennedy