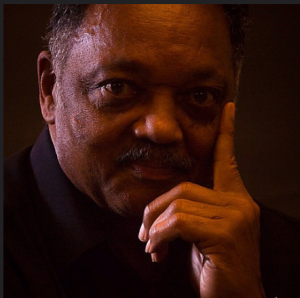 The Reverend Jesse Jackson, former associate of the Rev Martin Luther King, was in town yesterday.  He did a phoned interview with Seamus McKee on BBC Radio Ulster on Evening Extra. I may be wrong, but I suspect Seamus may not have got the answers he expected. I’ll give the transcript and then the link:

Seamus McKee : You will know very well the association between the civil rights movement and the SDLP, of which party John Hume was a founder. In the recent election to Westminster, the SDLP lost their three seats in the Commons. Now how do you see the future for that wing of politics at the moment?

Rev Jesse Jackson: In a democracy you win some, you lose some, but you have the right of self-determination. There’s no guarantee you’ll have all victories. The ANC faces challenges now, the Democratic Party in America faces challenges now, and yet if you have the freedom to participate, that’s the ultimate goal – you win some and you lose some. The ultimate victory is the right to participate.

Seamus McKee: And that you believe is now something that Sinn Féin has embarked upon- and how do you see the future for that party? Because it doesn’t take its seats at Westminster. They had a very successful Westminster election

Seamus McKee: You have spoken of Martin McGuinness as a transformative figure. There will be those who, while they recognize the change in him and the change he brought about, will still remember his past, a past which was one in which he not only supported but also participated in it as an IRA commander. Was that a problem for you, as someone who opposed violence all your life?

Rev Jesse Jackson: Well I opposed the violent predicament he was in, living under occupation. If Britain had given the freedom deserved, there wouldn’t have been violence at all.

Seamus McKee: What others – and obviously you – see as occupation, the unionists for example see as being part of their right. To be members of the United Kingdom, that’s the Britishness which they identify so closely with.

Seamus McKee: And the rights of the people here who want to be British and who want that link with Britain to continue?

Seamus McKee: They’ve come a long way too now, haven’t they? They’re now sharing power – or were – with Sinn Féin in government here.

Rev Jesse Jackson: And that’s the good news about Martin McGuinness’s leadership. He led them from the point of moving from resistance to reconciliation.

The interview with Rev Jessie Jackson begins at about 1 hour 25 mins into the programme. I’ve left off the first minute or so in the transcript.

Leo steps out and names the enemy
‘Ian Adamson, are you listening?’ by Daniel Collins