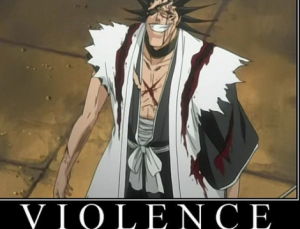 Journalists have a way of disappointing you. A political story comes up and, while they report it, they don’t return to it again and again, especially now when politicians are vulnerable in the run-up to a general election. In ways it’s hardly believable.

The example I have in mind is the fact that the Irish Republican Research Association (IRRA), which has close links with the IRA, came out about a week ago and endorsed the Sinn Féin candidates running in this election.   I don’t always agree with the Alliance Party and its former leader David Ford, but I’m with him in his most recent statement:

“It is bad enough to have paramilitaries backing a political party at any time, but it is especially troubling in this case, given that it comes in the same week as a murder which is believed to be part of a republican feud.. ..It is now 2017 – paramilitaries should not even exist, never mind be giving ringing endorsements of political candidates.”

OK – stop choking on your toast. The above was made up. Fictional. Well, in part it’s made up. As it happens, the story is exactly what is currently happening, except that it’s the Ulster Political Research Group (UPRG), which is linked to the UDA, which has endorsed the DUP. And yes, a loyalist paramilitary has died in the past week in what is believed to be a loyalist paramilitary feud. And yes, this is 2017 and the UDA are not supposed to exist, let alone issue ringing endorsements of political parties.

But if it had been the IRA and not the UDA: wouldn’t the airwaves and the newspaper columns have been stuffed with commentary, condemnation, on-air grillings of Sinn Féin, a declaration that such a party should be ashamed of itself and that the PSNI should come down hard once and for all and remove the shadow of the gunman from life in the north?

But it wasn’t the IRA, you see, it was the UDA. And it wasn’t Sinn Féin, it was the DUP. And as the poet Robert Frost said in a different context, “That has made all the difference.”

12 Responses to Scandalous endorsement that got the light touch