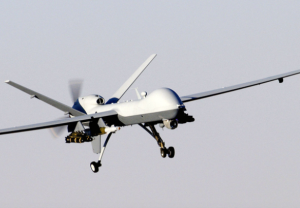 “The business of America” said President Calvin Coolidge, “is Business.” And it was the boast of  Lina Lamont in “Singin’ In The Rain” that she was “as rich as Calv’n’Coolidge,combined.”

I’m not joking when I suggest that the Business of Britain is Making a Killing. Mega Killings to be more accurate, and gleefully contemplating more. How else explain the strident adulation of Trident? Interminable  wars of aggression, oppression and repression, overt and covert, the smashing of communities tribal and traditional, national and progressive, the robbery of land and resources,destruction of art and literature, homicidal and cultural genocide, the overthrow of popular governments and the selling of arms to unpopular, repressive and aggressive ones. Complete disregard for humanity, or honour, allying themselves with one group of tyrants today and attacking them tomorrow. From Ireland to Tasmania, to India and China, Iran, Egypt, Burma, Iraq, Malaya, Indonesia, Greece (in both world wars), South Africa and Kenya, it  has been relentless. And here I’m confining my remarks to the last two centuries.

I’m not confining myself to cock-ups. I’m talking about calculated crime. I have read some British comment which considers Bloody Sunday as a Public Relations Disaster with Britain as the victim.
THE SUNDAY TIMES   (18 June) Culture Section features the fabulous “Blood Diamond”, the Koh-I-Noor, stolen from India and pictured adorning that most unalluring woman, Queen Victoria. A less prepossessing vision even than you might  behold in Monte Carlo, where ugly women led  canine dogs and bitches dripping with diamonds. When British adventurers stole the Koh-i-Noor they also stole the Punjab, which has reverted to native ownership. But the Koh-i-Noor, whose ownership is still disputed, remains in Queen Elizabeth’s Crown. And any Judge likely to decide their ownership is already in her pocket.
To be fair, one must appreciate the stress and strain suffered by some who conduct the State’s business. And THE SUNDAY TIMES (18 June) is agaiinstructive.

“They sit in metal shipping containers in Lincolnshire, watching their targets in Syria and Iraq go about their daily lives – before killing them.

“One of the pilots described how a target could be followed secretly for weeks before a strike, with the crews learning every intimate detail of his life, from when he eats his meals and drives to the mosque to when he goes to the lavatory. They also highlighted the impact of witnessing distressing events on the ground – including the consequences of their bomb and missile strikes – in close detail via the drone’s infrared camera.”

“When a strike goes in, we stay on station and see the reactions of the wife and kids when the body is brought to them.You see somebody fall to the floor and sob so hard that  their body is convulsing.”.

“Another pilot recalled how in 2011 he was involved in watching a Taliban bomb maker for weeks to build up a picture of his activities. The insurgent always had one or more of his children with him and the Reaper crews became so familiar with them that they give them names. That familiarity made it harder to kill him, but we did”
.

View all posts by Jude Collins →
‘The end of empire!’ by Pat Wall
ARLENE AND THE HUGE BEGGING BOWL