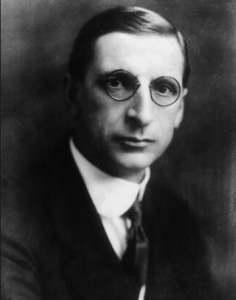 Today’s Ireland edition of the London “Times” carried an item from that newspaper on this day one hundred years ago, reporting on Republican anti-War riots in Cork. It was both inaccurate and misleading in a number of respects. It was a bullet wound that had caused the death of Abraham Allen; and it was another man, by the name of Ahern, who suffered a fatal bayonet wound. Moreover, no revolver shots had been fired by any of the rioters, before RIC District Inspector Oswald Ross Swanzy had ordered his policemen to open fire first. (In the final paragraph of the report below, note also that shots were fired at, but not by, de Valera’s election workers.)

RIC District Inspector Swanzy would go on to murder Tomás Mac Curtain (20 March 1884 – 20 March 1920), the Sinn Féin Lord Mayor of Cork, who had been elected in January 1920. It was for this reason that Michael Collins ordered the assassination of Swanzy in Lisburn on 20 August 1920.

SINN FEIN AND THE CONVENTION

The prospects of the National Convention are not improved by the serious rioting which took place in Cork. It follows upon the return to Cork on Saturday of a number of the released prisoners. On that night windows were smashed and Republican flags were hoisted. Yesterday morning a crowd of Sinn Feiners marched to the county gaol and smashed the windows with stones. They were cheered by the prisoners. The attack was renewed in the afternoon until all the windows were broken, and then the crowd seized the Sinn Fein drill-hall, which had been closed by the military authorities, and planted the Republican flag on the roof. Further rioting took place in the streets, and then the crowd attacked the recruiting office and the Union Jack was thrown into the river. Up to this point the police had hardly interfered at all, but now they were stoned by the crowd and were compelled to charge. For some time the fighting was confused and general. Finally, after the mob began to use revolvers and several policemen had been injured, the military were called out. They mounted machine-guns in Patrick Street and the police made further charges in which they were forced to use their bayonets. In the course of the fighting a man named Abraham Allen was killed by a bayonet wound in the thigh, and about 30 persons are now in hospital suffering from bayonet and bullet wounds.

These riots, following upon the recent disorders in Dublin, provoke alarm among Irish Unionists and disappointment among moderate Nationalists. It must be admitted that up to the present the release of the rebellion prisoners has created an atmosphere of distrust rather than of reconciliation.

The part which is now being taken in the East Clare election by Mr John MacNeill and Mr De Valera discourages any hope that the Sinn Fein leaders will be induced to take part in the Convention. While a motor-car party were proceeding from Limerick to Tomgraney, Co Clare, to support Mr De Valera’s candidature, they found the road obstructed with large stones. While engaged in clearing the thoroughfare shots were fired from an adjacent grove. None of the party was injured, but the motor-car was struck, also a bag, and the petrol tank was pierced.

View all posts by Jude Collins →
‘The Talks Process: Stalemate or Checkmate?’ by Donal Lavery
That £1 billion: good deal or bad deal?