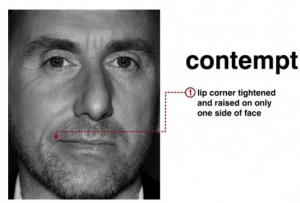 What party is on the lips of everyone in Britain today? Why, the DUP, of course. I sometimes have to give myself a discreet pinch when I hear the party’s name mentioned in the same breath as the Conservatives, who at present are (more or less) running Britain. (Yes, I could insert an ‘i’ in place of one of those ‘n’s, Virginia, but I won’t.)You can tell the DUP like it. They get to appear on BBC TV from The Capital. This gives them an opportunity to say ‘Mainland’ at 30-second intervals. They get to say they’re concerned for the welfare of everyone in The Country. That’s ‘Country’, not in the limited sense in which Stephen Nolan uses it – in the real sense, where England, Scotland, Wales and our NE Nest make up ONE COUNTRY.

But like many good experiences, this one has a downside. While it’s certainly true that the Tories are keen to get into a room with the DUP and talk intimately,  you can tell that even the Tories are a bit embarrassed being seen to do so. Because ordinary punters in Britain keep googling ‘DUP’ and then reeling back in astonishment. Up to now they figured the DUP were just another Paddy Political Party, good-natured but a bit dim, capable of getting drunk or bursting into song if given the least encouragement.

But no. This party is against what the Great British Public have come to accept as the norm. It’s against gay marriage, it’s against evolution (everything began 6,000 years ago), it’s not against Catholics but it has alarmingly few of them in its ranks, although that’s the norm over there, innit?

But more alarmingly, the DUP are supported/endorsed/admired by Research Groups (No, Virginia, I have no idea what they research) which represent unionist paramilitaries. The DUP may, like Theresa May, wish that more respectable people would support them, but what’s a party to do? Support is support, even if it does produce blushes. And speaking of blushes, here comes the Orange Order in Portadown with a big slap on the back for the DUP, well down brethren, now you’ll not forget about sorting out marching in Portadown, suren you won’t?

But hey – everyone looks down on someone. The Tories have a barely-disguised contempt for their new bed-partners, right? And those new bed-partners feel uneasy and a bit superior to unionist paramilitary and even the Orange Order, yes they do, although sometimes that means you’re looking down on yourself. Only here’s the thing: is there someone left on whom the unionist paramilitaries and the Orange Order can look down?

On second thoughts, don’t answer that one. Like a border poll, you run the risk of stirring sectarian tensions.

A STEEP LEARNING CURVE FOR THE BRITISH PUBLIC
CHANGED UTTERLY, BUT FOR THE BETTER? by Donal Kennedy

61 Responses to The perils of being talked about