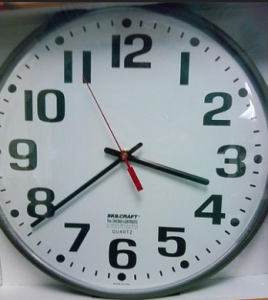 As the clock moves towards 4.00 pm, pundits and presenters are getting all twitchy and bug-eyed: will there be a deal? Will the DUP’s success at extracting funds from Theresa persuade republicans to go back into government? And why did they pull the institutions down anyway – isn’t it a matter of learning to compromise and work together?

Which is a load of fairly smelly bilge-water.  I’m not sure if it was John O’Dowd or Gerry Kelly or someone else on the Sinn Féin negotiating team,  but they said that there could be agreement within hours if the will was there. But it looks like it’s not.

The simple facts are that Sinn Féin came out of the Executive coalition because they had learnt, the hard way,  that their partner wasn’t to be trusted. Clearly somebody wasn’t to be trusted with the RHI scheme, since it set up the potential loss of hundreds of millions of pounds. Whether it was Arlene or Jonathan or whoever, it was someone in the DUP who couldn’t be trusted to handle public money. Then there was the matter of commitments made in past Agreements: to an Irish Language Act, to a Bill of Rights, to mention but two. Now when your partner starts solemnly telling you they’ll do something and then not bothering their little botty to do same, you know the partnership is headed for the rocks. Talk of compromise is like saying “OK, darling, I know I’ve been sleeping with someone else but let’s be reasonable, for the sake of the kids. Let’s agree that I’ll be unfaithful in future only at weekends.”

It doesn’t work like that. Either you make commitments and you follow through on them, or you don’t. And really, how much money you’re carrying in your hot little fist doesn’t enter the equation. We’re talking about trust and being true to your word. Money doesn’t solve that and compromises don’t solve that. You either can be trusted or you can’t. And from what we’ve heard, the DUP has done nothing to repair the trust that was so clearly lacking at the start of this year. For Sinn Féin to say “Oh, well, for the sake of the people we’ll go back into the Executive and together we’ll spend Arlene’s loot from London on good causes”  would be a monumental misreading of the situation.  And I don’t think Sinn Féin will be so blind as to consider walking into such a clusterfrack…