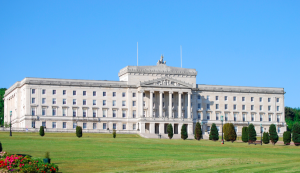 It doesn’t really matter anymore, so just ignore the outcome of the talks about an Executive. It has no significance. Deal or no deal, the current electoral assembly architecture was already finished. And no, I don’t know what will replace it. I’m not even sure what realistic options, if any, are around. And if you think that is pessimistic, you are wrong, it is simply acknowledging the truth of what we have learned from how events have played out over the last twenty or so years. Actually, if you think that is pessimistic you just aren’t tuned into what is actually happening. But don’t be afraid, you certainly aren’t alone, just read the tedious media commentary on events that appears to come from some parallel universe.

The pretext for the collapse of the First Minister’s office earlier this year, the DUP’s role (and in particular that of Arlene Foster herself) in the RHI scandal, was always the last straw rather than any sort of immediate catalyst. The real moment of collapse can be traced back to Gerry Adams’ speech in The Felons on 7th January that signalled that nationalism’s apparently infinite patience with unionism had finally evaporated.

Unionism still neither grasps this point, nor, and probably more significantly, the more critical concept that the Executive and Assembly have been stumbling along solely fuelled by a patient indulgence on the part of nationalists in the (long forlorn) hope that at some stage a genuine sense of partnership and bridge-building would articulate itself from within mainstream unionism.

[For the record, I’m using ‘nationalism’ as a broad term for those who support an Ireland-wide republic and ‘unionist’ for those who champion British imperialism/nationalism.]

It is almost impossible to point to a moment of any significance from the last twenty years when unionism evidenced a sincerely conciliatory attitude towards nationalists. Even Arlene Foster’s attendance at Martin McGuinness’ funeral came after such graceless deliberation over whether she should attend that it, ultimately, diminished her eventual presence to nothingness. I suspect, in the end, no-one but the media really cared that she bothered.

In the assembly election earlier this year, unionism failed, for the first time ever, to take a majority of seats in an electoral assembly in the very territory it had created through violent opposition to the Irish Independence it had failed to stop through democratic or constitutional means. As if to reinforce that point, despite a concerted campaign to bring out its vote even in safe seats (with the apparent assistance, in places, of the UDA and UVF), unionism failed, again for the first time ever, to achieve 50% of the vote in the recent elections to Westminster. Boundary changes are also now proposed that see a reduction in the disproportionate number of seats allocated to the area with the highest concentration of unionist votes, east of the Bann. This would further diminish the artificially high unionist representation both in Westminster and assembly-type elections.

So Gerry Adams Felons’ speech may not have been the actual catalyst at all. Several years of commentators (and a bit of specious survey data) telling us that nationalist voters were switching position and silently and passively endorsing a sort of unionism-lite have been exposed this year as fiction. Unionism, having never genuinely acted – at any time – like it believed in power-sharing of any form, clearly understood for some years that it now needed to get nationalists to buy into the current governance structures if they were to survive. Peter Robinson articulated this position on many occasions, but with no little irony, he never did anything about it himself either. That’s why unionism’s brutally dismissive attitudes towards Irish cultural expressions and identity acquires such significance. Even in the face of a growing necessity, unionism simply could not reconcile itself to partnership (either when the UUP or, as now, the DUP was the dominant voice of unionism). Instead, having now hit various benchmarks in terms of crude measures like the number of those who self-identify as Protestants in census returns, to assembly seats or Westminster votes, one of its favourite terms for self-justification, ‘majority’, is rendered increasingly obsolete.

The outcome of the recent shambolic Westminster election has seen the Tories, in an obvious breach of the sovereign government requirement for ‘rigorous impartiality’ here, bolt on the DUP as its political mudguard to stay in power. Notably, the DUP have already stepped up and voted down removing a freeze on public sector pay. It is emotionally engaging British opinion about the electoral success of the DUP in a way the party will regret. Its positions on Brexit are going to continually embarrass it in the future. The party claims to want a ‘soft’ Brexit when in Dublin, while its MPs publicly champion yet another DUP wet dream of a significant hardening of partition. Brexit may be one lesson by which the British public quickly comes to grasp the pointlessness of taking anything the DUP says at face value.

The DUP itself is, of course, playing out its ultimate ‘king-making’ fantasy. Bizarrely, its public deal for 10 DUP MPs is already pressuring the 21 Tory MPs in Scotland and Wales (on top of the LGBT, Catholic or non-white Tory MPs already discomfited by association with the DUP). And the sudden and unintended rediscovery of the DUP’s history and attitudes by the British media and public won’t be wished away as simply or swiftly as happens in Belfast. The political opposition to the Tories view the DUP, its prejudices and contradictions, as a liability and use language that the DUP simply doesn’t comprehend. The DUP has been for so long used to the media filtering criticism of the party that it will continually come unstuck as it is subjected to genuine scrutiny. Labour, the Lib Dems and SNP will continually batter the Tories against the DUP rock it is using as a lifeboat. The last Tory Prime Minister to stay afloat on unionist votes, John Major, lost 178 seats at the next election. The present arrangement signals the level of panic among the Tories rather than any the flag-waving pro-union sentiment the DUP are currently getting giddy over.

All this king-making is likely accelerating the DUP’s real desire – which is to abolish the governance structures that require power to be shared locally, and replace it with direct, unfiltered, rule from London. That, ultimately, appears to be the DUP’s aim. Governing with the Tories fits neatly into its broad fantasy of direct unionist, paternalistic, governing of the north, with no input from nationalists. The proposed boundary changes will also be binned. Any private side deals to support the Tories will be kept private, e.g., keep an eye on who gets a seat in the Lords. And expect attacks on Sinn Féin, or electoral registration or some other area where unionism (via its dominant voice in the DUP) might eke out more electoral space. Just don’t expect any follow through of the myriad DUP financial scandals.

Funnily, the DUP will inevitably blow its own cover by trumpeting all these things as they happen as its achievements (while simultaneously denying the same). Watch this year’s Orange demonstrations in July to see it. The DUP will be at pains to flaunt what it sees as its new found power.

So, even if resuscitated, an Executive will fail. The respect and trust required to sustain it aren’t there, and haven’t ever been shown by unionism, even if some form of political expediency has kept the Executive in place. All that is left is the pretext on which blame can be placed on Sinn Féin (since that is the currency shared by the DUP and the likes of Fine Gael and Fianna Fáil). So we’ll hear the usual nonsense from the same tired voices who tediously and uncritically row in behind whoever is the dominant unionist party.

History also shows we have reached a further milestone. In 1972, unionists bitterly refused to take the Tory whip any more, as it had since 1891, over the imposition of direct rule. Now unionism once again has taken the Tory whip and is desperate to have direct rule imposed again. To some extent we do actually know the options that might replace the current Executive and Assembly. We’ve done them – direct rule with or without unionist support, one party rule and, by now, several iterations of power-sharing. None have worked. In fact almost all but power-sharing have been overt catastrophes while even power-sharing failed. Doing any of them again isn’t a realistic option. The only difference now is that Brexit has recoloured the map to add in exiting the EU. How far (or maybe how quickly) that shifts opinions further away from the failed options listed above and towards a new all-Ireland arrangement  is the real question now.