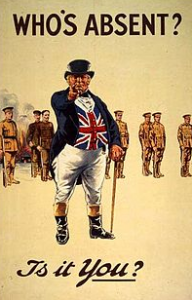 I don’t know, but I been told, that upwards of 27,000,000 Soviet men, women and children perished in the Second World,War, some millions of Chinese, millions of Germans, and over 300,000 persons, combatants and non-combatants from various countries fighting, serving or living under the protection of the Union Jack. Each casualty was a tragedy. The deaths of those who served worthless causes may well have been more tragic than the deaths of those who served good ones. The pride one may justly have for the latter may be some consolation for their loved ones. Non-combatants, from infants to the aged, were not spared. Innocence was no protection.
Amongst the civilian fatalities were some millions of Indians in Bengal in 1942-1943 as, on the orders of Winston Churchill, a famine was created lest the Japanese attacked through Burma and could feed themselves on Bengal crops. Though millions of Indians served in King George’s Forces, they were not serving India. The political leaders of the Indian people were imprisoned by the British, and Churchill asked why, when other Indians were dying of Famine, Mahatma Gandhi still breathed.  Churchill was out of office from 1945 to 1951 and it is unsurprising that he didn’t visit India when he had the leisure. By contrast,Ireland’s Eamon de Valera, given a break after sixteen continuous years as Ireland’s leader, visited newly independent India in 1948 where he got a hero’s welcome from the world’s most populous democracy.

Whatever motivated Irishmen to serve in the British forces in the Far East it was not an ideological commitment to democracy nor a loathing of fascism. Irishmen could serve democracy at home, and those who took a wider view of it had joined the International Brigade in Spain to oppose Franco, whose revolt was helped by Britain’s Secret Service.
Fianna Fáil’s leader Micheal Martin seems to take pride in the fact that an uncle of his died serving with the British forces in Burma during the Second World War.

I never heard that the Burmese, Malays, Chinese, Indians or any other peoples invited the British in to rule them, extract their produce, expropriate their territories and enslave them. If I had heard and believed such as story I might understand the wannabe Taoiseach’s pride.

As an Irishman  I am proud that an Irish leader, Eamon de  Valera, in his first address to the League of Nations, called for sanctions against Japan for her aggression in Manchuria. At the time Japan was an ally of Britain, which appeased the aggressor.

I was six weeks old in February 1942, when my mother’s brother Leo, two years her junior, a Senior Warrant Officer in the British Army, died when the Japanese took Singapore. I don’t know what inspired him to enlist. But he was punished by that army for striking a soldier who outranked him for insulting and disparaging Irishmen. I infer that his heart was in the right place but his understanding muddled. Incidentally, when I was christened in Dublin, my godparents were represented by proxy.Both were doctors from Cork living in England.My father’s sister Maev was my godmother, and her husband Bill was serving with the Royal Army Medical Corps. I understand Bill was the first doctor from that Corps into Belsen on its liberation.

When my elder sister was christened in 1937 her godfather was an ex-IRA officer who had spent ten years in America, for his health, following defeat in the Civil War.
There’s long been a Fifth Column of renegades in Ireland who disparage those whose national allegiance is to Ireland and internationalism commits them to people’s struggling to free themselves from imperialist robbery and violence.                               .

Though Britain conducted murderous campaigns throughout the seven decades since the end of the Second World War they were labelled  Emergencies -BY THE BRITISH.Yet British Propagandists and their Irish Auxiliaries spread the lie that the Irish called the Second World War “The Emergency.”