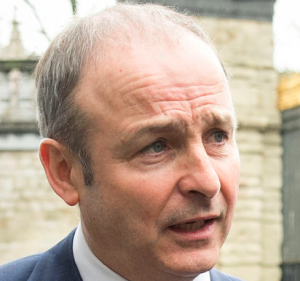 I have found the FF leader Micheal Martin’s response to the appeal from SF leader, Gerry Adams TD puzzling. Gerry Adams TD suggested to the leaders of the political parties in south who profess to want to see a reunified Ireland to come together to discuss a way forward. Micheal Martin denounced Gerry’s appeal in the same kind of language trotted out regularly by Eogan Harris in a Sunday paper. Makes me wonder is Eoghan writing the FF policy on the north for Micheal Martin these days? These two would appear to have nothing in common –except their dislike of Sinn Fein. That is what unites them and makes it possible that Harris is prompting Martin to make his anti SF statements on a regular basis.

Southern politics is a funny business. We now have FF propping up a minority FG government.  Both were sworn enemies during the Haughey-Reynolds years. Now they are united in their opposition to SF and other left sounding elected representatives in the Dail. They show absolutely no respect for anyone on the left who speaks on behalf of the poor, the homeless the unemployed. Most of them profess to be Catholics and therefore adherents of the Gospel of Jesus the radical preacher and teacher who introduced some radical ideas about siding with the poor into the political arena. Many of these right wing politicians went to Catholic colleges only to come out of them, enter business and politics and become even more right wing in their political and economic views.

They receive plenty of air–time on RTE and they have their own so called independent newspaper to promote their version of the gospel. Compared to the grilling that Gerry Adams or any Sinn Fein member gets on RTE these right wingers who are responsible for bankrupting the country and creating homelessness and a two tier society get off very lightly. When it comes to Brexit I am not hopeful that any of these right wing politicians will take a strong stand against the British and the return of the border or the weakening of the Good Friday Agreement. Their commitment to the Good Friday Agreement has been less that whole-hearted over many years.

I sometimes wonder how far they will go to obstruct the advance of SF and the left in Ireland? And yet if we are going to create a new Ireland and new politics they need to change their attitude and engage in proper debate about the future of this island and the way to achieve reunification. If they continue to make all these excuses about annoying the unionists then we can only conclude they have no policies and no worthwhile ideas. That’s a sad state of affairs.

View all posts by Jude Collins →
Newton Emerson: the Nemesis of Sinn Féin
An interesting take on revisionism and Irish history

23 Responses to ‘Micheal Martin and Eoghen Harris: members of the same choir?’ by Joe McVeigh