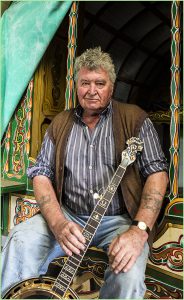 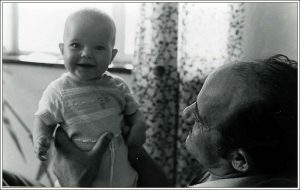 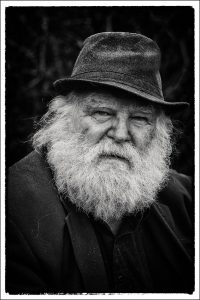 “Three eclectic portraits, linked by the humanity and dignity of the individuals pictured.

Pic 1 is Eddie, Vardo Man. ‘Vardo’ is the Romany word for this kind of bow-shaped, horse-drawn caravan which were reasonably common in my childhood but are now collector pieces. I have known Eddie for over twenty years as he is the farrier to my wife’s horses. He is intelligent, proud of his roots and culture, although his family have been settled for a couple of generations. On the day that I took this picture, he gave me a book to read, ‘Michael Collins and the making of a new Ireland’. It was only when I examined it at home that I realised that it was a first edition of Piarais Beasley’s renowned work and probably worth several hundred pounds. When I returned it, Eddie said that he had wanted me to keep it – I refused.

Pic 2 is Hussein El-Mersawy. Hussein was an Egyptian Muslim from Cairo with whom I taught in Zambia for three years. He was one of the most deeply religious and humanitarian individuals that I have ever encountered. In the picture, he is holding our first child who was born in a bush missionary hospital , run by Canadian Baptists. Hussein had five children who were all at home in Cairo and he deeply missed each one of them them every day.

Pic 3 is Forbes. In some ways, Forbes is also an economic migrant as he was born in the Highlands. At six foot -Four, he is an impressive figure. For many years, he was a grave digger with the Council.

Pics 4-9 are by Antrim Lens 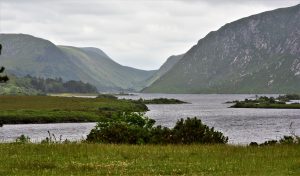 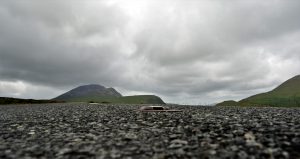 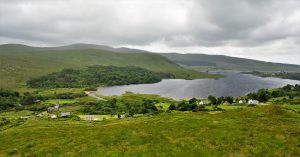 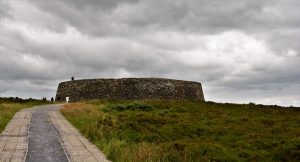 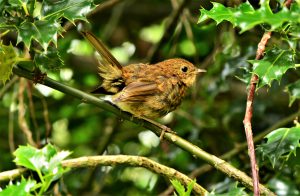 “Had a magical few days away in Donegal, first stop Glenveagh Lough and Castle, then on up the road to Mount Errigal overlooking Dunlewy Lough. Pic 4&5 are at Grianán Ailigh and the view from it over Inch Island and up Lough Swilly. Pic 6 is a juvenile robin I spotted on my walk around Inch Island nature reserve.” 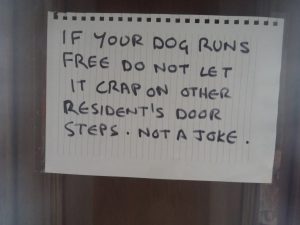 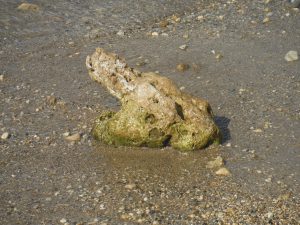 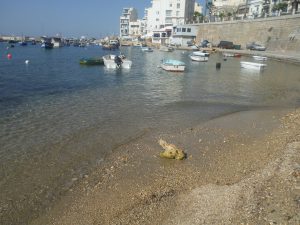 “THE DOG and THE FROG.

This note barked attention to itself on the inside of the street door of the Apartment Block. The culprit is obviously a running dog of crapitalism.

This frog made his appearance on the shoreline outside the back door of the Apartment Block. Kermit, seemingly without a permit, is acting out the role of King Canute in trying to keep the tide out.mmNobody, alas, has the foggiest notion how to tell the frog that there are no tides in the Mediterranean.

View all posts by Jude Collins →
Here comes summer: where’s me sash?
IT DOESN’T MATTER ANY MORE by John O’Neill