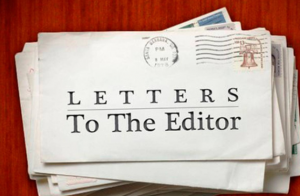 This was meant for the Irish Times, but accidentally went to the Morning Star

In seeking to compare Sinn Fein in 1918 with the party it supplanted to the former’s disadvantage Charles Hazell (Oct 21) correctly records the fact that Sinn Fein polled 47% of the votes cast in Ireland that year.

But he would have us draw a false conclusion from that nugget of information.

In both 1886 and 1906 Unionists polled more than 50% of votes cast in Ireland, an achievement they did not come near in 1918, but in neither case did Unionists get a majority of seats.

In 1886 Nationalists took the lion’s share of the seats, including 66 where the Unionists did not field a candidate.In 1906 the Nationalists again took the lion’s share of seats a  they had no opposition in 84 of them. In 1918 Sinn Fein took 47% of the votes cast but of the 73 seats they took they had no opposition in 25 of them. Their  73 seats out of 105 was a fair reflection of the electorate’s will at the time. In local elections in 1920  and in the 1921 General Election Sinn Fein’s support held up or increased.

On 28 January 1919, exactly a week after the first meeting of Dail Eireann, Edward  Lysaght noted in his diary –

“an example of how our claim for self-determination of small nations – championed by Britain in the case of the Czechs – is misrepresented by politicians and newspapers there.

In quoting statistics for last year’s general election they give the total votes cast for and against Sinn Fein, completely ignoring the 25 constituencies where Sinn Fein candidates were returned unopposed,  thus presenting an entirely misleading picture.”

Unfortunately, over 90 years later, this misleading picture is still being sold to the unwary as an Old Master.

View all posts by Jude Collins →
Destruction and discrimination west of the Bann
THE   WHITE   BOOTS   of   FRANK McGUIGAN by Perkin Warbeck.

41 Responses to LETTER TO THE EDITOR by Donal Kennedy