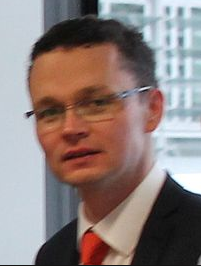 A: I hear much talk of Patrick O’Donovan. Is he  a new Irish snooker star?

B: No. Patrick is a Fine Gael TD and the new junior Minister at the Department of Finance.

B: Not as far as I’m aware. But he does get to give his view on things.

B: How “ordinary, decent Fianna Fail voters” are feeling.

A: Clever. Lets him imply that there are extraordinarily indecent Fianna Fail voters.

A: What does he say about these ordinary decent crim – sorry, Fianna Fail voters?

B: It’s to do with what Patrick sees as a “rush” to “find Sinn Féin respectable.”

A: Ah. So it’s the Shinners who are indecent.

A: Has Patrick anything more to say about them?

B: A fair bit. He says they go in for “back of the fag box economics” and is associated with those who have “blown children to smithereens”.

A: Wow. Financial illiterates and military psychopaths. You can see why Patrick is concerned. Does he elaborate on these charges?

B: Not really. But he says Sinn Féin must “deal with issues from the past” before they can be considered for coalition by Fianna Fail.

A: I thought you said Patrick was Fine Gael.

A: This thing about children blown to smithereens – does he mention which children he has in mind?

B: He does. He speaks of these “innocent children” being slaughtered “in the likes of the Dublin-Monaghan bombings. That was not done in my name or in the name of any right-minded person.”

A: Hold on. The Dublin-Monaghan bombings?

A: But those were carried out by loyalist paramilitaries, weren’t they? With a bit of help from their chums in the British armed forces.

B: That’s a widely accepted belief.

A: But one not shared by Patrick.

B: It would appear not.

B: Patrick says his support of Denmark’s move to reform doping rules in athletics drew a lot of abuse on social media.

A: And Patrick’s response to that?

A: Do you know what that means?

B: Finally, Patrick says he likes to think with his stomach.

A: A greedy person, then. A self-confessed obese.

B: Patrick is describing how he believes decisions should be made. “If your gut tells you reform is upsetting them, it’s probably the right thing to do.”

A: So Patrick consults his gut and then does the right thing.

A: Any more on that fag-box economics?

A: Is Patrick ambitious to climb the greasy Fine Gael pole?

B: That’s a question no right-thinking person should answer.

11 Responses to Patrick O’Donovan and his amazing gut