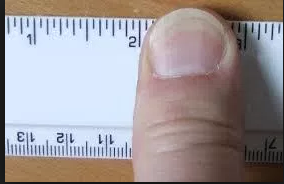 One of the great problems facing all of us who want a democracy in Ireland is the Unionist Siege Mentality. ‘What we have, we hold’. ‘Ulster will fight.’ ‘We are the conquerors’ .’’Not an inch’ are just some of their slogans. This mentality is reinforced every year during the summer months.

The Unionist party which, from its beginning was linked with the Tory party in Britain, was handed absolute power in the six counties when they first met as the new government of the six counties (a phrase first used by King George V) in Belfast city Hall in June 1920. During the fifty years after that the Unionists never had to share power or consider the views of an opposition. They never had to negotiate with anybody for anything. They could do what they liked in government– hardly a very democratic arrangement. The British/English gave them a carte blanche to do what they wanted so long as they kept this little corner of Ireland safe for the British government.

The leadership of the UUP was taken over by Sir Edward Carson in 1910. Throughout his 11-year leadership he fought a sustained campaign against Irish Home Rule. That included the formation of the Ulster Volunteers (UVF) in 1912. In the 1918 general election, Carson switched constituencies from his former seat of Dublin University to Belfast Duncairn. He strongly opposed the partition of Ireland and the end of unionism as an all-Ireland political force, so he refused the opportunity to be Prime Minister of the little state or even to sit in the Belfast House of Commons, citing a lack of connection with the place. The leadership of the UUP was taken over by Sir James Craig later Lord Craigavon who was appointed PM –if you don’t mind.

Until almost the very end of its period of power in the six counties, the UUP was led by a combination of landed gentry (Basil Brooke, 1st Viscount Brookeborough and James Chichester-Clark), aristocracy (Terence O’Neill) and gentrified industrial magnates (James Craig, 1st Viscount Craigavon and John Miller Andrews – nephew of William Pirrie, 1st Viscount Pirrie). Only the last Prime Minister, Brian Faulkner, was from a middle-class background. During this era, all but 11 of the 149 UUP Stormont MPs were members of the Orange Order, as were all Prime Ministers.

James Craig governed the Six counties from its inception until his death in 1940 and is buried with his wife by the east wing of Parliament Buildings. His successor, J. M. Andrews, was heavily criticised for appointing octogenarian veterans of Craigavon’s administration to his cabinet. His government was also believed to be more interested in protecting the statue of Carson at the Stormont Estate than the citizens of Belfast during the Belfast blitz. A backbench revolt in 1943 resulted in his resignation and replacement by Sir Basil Brooke (later Viscount Brookeborough), although he was recognised as leader of the party until 1946.

Brookeborough, despite having felt that Craigavon had held on to power for too long, was Prime Minister for one year longer. During this time he was, on more than one occasion, called to meetings of the Grand Orange Lodge of Ireland to explain his actions, most notably following the 1947 Education Act which made the government responsible for the payment of National Insurance contributions of teachers in Catholic-controlled schools. Ian Paisley called for Brookeborough’s resignation in 1953 when he refused to sack Brian Maginess and Clarence Graham, who had given speeches supporting re-admitting Catholics to the UUP.  He retired in 1963 and was replaced by Terence O’Neill, who emerged ahead of other candidates, Jack Andrews and Faulkner. This was the beginning of the end of the Ulster Unionist party. Dr Ian Paisley and the Democratic Unionist party were waiting in the wings ready to seize power.

He continued the traditional Orange /unionist policy of attacking Catholic clergy and the Catholic Church until he saw the light and entered into the Good Friday power-sharing arrangement with Martin McGuinness. When are the DUP leaders going to see the light and lead their party out of the darkness of the Siege Mentality?

View all posts by Jude Collins →
MICHAEL MCDOWELL – TOMORROW’S GURU? by Donal Kennedy
Destruction and discrimination west of the Bann

24 Responses to ‘The Siege Mentality’ by Joe McVeigh