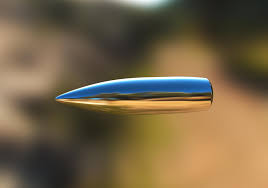 Apparently “our”bullet sat on the fireplace mantle providing a talking point among the family ,for a short while , but was gradually forgotten. Who it had been fired at ;why it had been fired in a built-up area at all ,or which vehicle was involved in the pursuit, or which car contained” rogue “elements prepared to shoot randomly at someone’s home, is lost to history. That bullet was only one of a thousand forgotten bullets and stories from the days of Norneverland’s “Troubles”.There had been so many that this story had simply slipped through the cracks of memory. “Do you remember , Harry , mummy and daddy were worrying about you living in Belfast as the bombs were going off ?. ..There were times when the Belfast bus was held up for hours on Fridays before you came home?”I could just about remember it all. It was so long ago . I didn’t have a driving licence then. I was nineteen or twenty at the time and my mother and father are now long-since gone.At that age , like most young people ,I felt invulnerable and thought my parents were needlessly worrying. It was part of “normal” life after all.
Nobody else had jarred that memory before. I am now an old man ,myself and it would appear that nothing much has really changed since those days.The way things are gradually developing it might not be long before history and another generation repeats itself again and helicoptors again beat through the skies daily ,while bombs and bullets gradually begin to randomly fly through windows ,once more.
I wonder where that lone bullet ever ended up.It’s the kind of little lethal souvenir that at another time might have been kept as a memento ,but it seems to have been such a commonplace , casual brush with death that it was soon discarded shortly afterwards….lost in time .

4 Responses to THAT FORGOTTEN BULLET