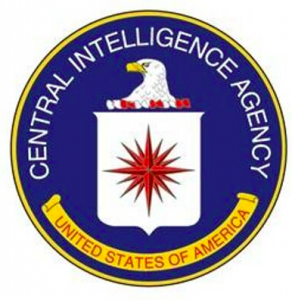 I passed on the report – see BLOG OF 23 AUGUST.

The USA, the UK and their Allies were setting up NATO, Ireland’s Coalition Government had declared that the State was a Republic and was deemed to have left the British Commonwealth. Britain’s Labour Government created a new Government of Ireland Act purporting to vest sovereignty of the Six Counties in the (Mickey Mouse) “Parliament of Northern Ireland.” The primary interest of Washington and London in Ireland was strategic. (Orwell’s 1984 reduced Britain to Airstrip One, and Ireland would do nicely for Airstrip Two for NATO’s founders.)  The CIA prepared a report approved by US Army, Navy and Air Force authorities.

It’s possible they consulted Irish historians or historians well versed in Irish history and sympathetic to Ireland. For it is, in my opinion an excellent briefing, free of condescension, exaggeration or the “schoolboy howlers” today emanating from exalted pundits and pulpits.

Following a brief summary of Irish history, a  description of the developments since “in the parliamentary elections of 1918 the independence-bent Sinn Fein organisation swept the polls in Ireland” it notes that “political violence has faded from the scene in Ireland” it comments on Ireland’s neutrality in the Second World War

–“Although anti-axis in sympathies Ireland was neutral in World War II primarily, of course, because it was never attacked. Partition was also an extremely important factor, the Irish Government fearing, with much justification, that an alliance with Britain would result in civil disorder. Furthermore, always distrustful of Great Powers’ motives and possessed of a small country’s reluctance to become involved in their conflicts. Partition, however, still influences Irish thinking about the North Atlantic Pact.”

The report is very good on Irish institutions, parties and personalities. It notes the less than robust support for the Independence Movement of the Catholic Hierarchy but the strong support of it from many of the parish priests. It notes that the most law-abiding respectable citizens have not actively supported the IRA for many years, but still sympathise. It reckons that Taoiseach John A Costello, one of the country’s ablest and wealthiest lawyers, is probably over-optimistic about an early end to partition.

View all posts by Jude Collins →
You want a united Ireland? For God’s sake keep your voice down
Patrick O’Donovan and his amazing gut