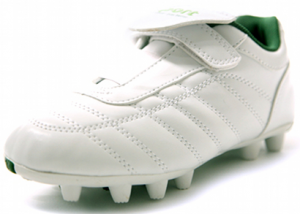 One was reading recently – too recently to remember precisely where – about the song ‘Begin the Beguine’.

Seems like the wonderful WASP called Cole Porter was on a cruise ship in 1935 sailing between Indonesia and Fiji when he composed the deathless song. The name of the cruise liner was – no, not HMS Wasp which sank off Tory Island in 1884 – but rather the Franconia belonging to Cunard.

The Perkin minds the time he was in Indonesia in 2009. One recalls the year because it was shortly after the Election of President Michelle Obama and there were some references to her husband (Barack) having been highschooled in Jakarta.

(There is a cardboard cut out of the Presidential First Gentleman in Ollie Hayses’ pub in Moneygall which tourists and other gullible travellers get their Kodaks took with Barack. Some complain it is too life-like. One wonders will he accompany former President Michelle to Dublin shortly when she comes to be made a Freeperson of that City).

In anyways, with a day or two to spare in the blue, jacararanda-lined streets of Jakarta this Jackeen hailed a taxi and ordered:

Such was the circuitous nature of the scenic detour which the taxidriver took that one had not the slightest doubt but that one was definitely on the right track for the wrong destination. One grabbed one’s Kodak moment, nonetheless.

Two days later, one found oneself at Carita Beach, located on the Sunda Strait between Java and Sumatra. One stayed in a run-down, out-of-season beach resort which suited this run-down, out-of-season traveller (traveller being sniffy for tourist) having negotiated a fare with a local boatman to ferry one out to the fabled island of Krakatoa the following day.

As an audience of one, the Pepsi-nursing Perkin was treated to a medley (honest) of Marty Robbins hits, everything from ‘El Paso’ and ‘A White Sports Coat and a Pink Carnation’ to ‘Devil Woman’ and ‘Big Iron on his Hip’ with the accent being decidedly on the exotic Indonesian accent.

Next day, while the number of other visitors on the volcano island of Krakatoa was hardly up to 90 nonetheless there was a goodly number of vulcanologists from an Australian universsity engaged in field work; presumably there was a deal of cash required to study the ash.

When the volcano erupted on August 27 1883 it emitted the loudest noise ever to be heard on Planet Earth. Being 13,000 times the nuclear yield of the Little Boy bomb which later high-fived Hiroshima. The kaboom of Krakatoa was heard thousands of miles away by the kangaroos of Kalgoorlie while the cricketers in the Fifteen Acres of the Phoenix Park (where a young Winston C had of late been in residence) even got to finish their innings at 4.30 in the morning, such was the afterglow of the Big Blow.

This may have been the first ever one-night cricket game.

When the Maximillian Schell-starring movie, entitled ‘Krakatoa, East of Java’ was released in 1969 it was done with the knowledge of the American producers that this title was geographically incorrect. But they felt it was more exotic than ‘West of Java’. (See Barack Obama’s highschool above).

This is the context in which the Krakatoan global noise record, having stood for exactly 134 years to the day, is set to be smashed by the collective kango hammer drill on Hill 16.

This will happen with 20 minutes to go in the second All-Ireland semi-final with Dublin home and hosed and a point ahead: such will be the roar of aproval emanating from the hoarse and raucous throats on Decibel Central aka Hill 16 as the dystopian Diarmuid Connolly divests himself of the blue and bluer tracksuit and surfs effortlessly across the turf as a Fear Ionaid for say, A.N. Other.

This will be the signal for His Excellency, the Ambassador for Duracell Bunny, Ciarán Kilkenny to play keep ball for the next 19 minutes by going on a solo run, toe to hand, moving in a diagonal fashion for a while, before switching to a lateral tack now, all the time alternating in a zig-zag zonal manner between The D north and the D south, pretending now to go right, going left, toe to hand, pretending then to go left, going right,dodging, weaving, hand to toe, without as much as a single Red Hand being laid on him.(Or Lámhainn Dhearg, indeed, depending whether the weather is wet or just damp).

Then, with a minute remaining on a played-down clock he will, by a pre-arranged signal, pass, oops, assist the ball to The Dystopian One who will, with his trademark outside of the left boot, hoof the ball missile high with a pyongyang-type ping before it finally swings inside the right post of the goal in front of Hill 16. For the grace note of a superfluous point, to demolish the Ulster champions decisively, by two white flags.

If Tyrone are to have any chance – and one is neutral to an outré degree here – they must choose their shoes wisely. Of late there has been a plethora etcetera of white boots on the Red Hand team. But, no pair of them, maninfestly are THE white boots. To wit:

-The White Boots of Frank McGuigan (see above).

Now, the eleven points from play (5 off the right foot, 5 off the left foot, and one off the fist) which Frank scored in the 1984 Ulster final against Armagh remain one of the great feats in football, any kind of football. As a result of that homeric display, 11 has since become as much associated with Clones as it is with Ocean (no, not Oisín, surprisingly)

Relenntless pedants, of whom there is a longitude, will point out in their own plodding way that that feat was performed when the Mighty McGuigan was wearing a pair of dark boots.

But, this is to miss the, erm, point.

If he had been wearing his trademark white boots he would have surely have scored twice as many points and in the process (including one from each fist this time)   have made Clones, rather than Donegal, connotated forever with Catch.

For Frank óg first made his mark in 1972 as a minor in Croke Park – wearing white boots. Those who witnessed him (and them) will – can- never disremember. They would have become, erm, Bán-Again Believers and remained steadfastly so, ever since.

So legendary have those white boots become, and Frank never failed to be on song when wearing them even as the scores flowed freely, they belong right up there with the White Cliffs of Dover and the White Rose of Athens each of which has been immortalised in song by Dame Vera Lynn and Nanna Mouskouri, respectively.

Frank of course has been already celebrated in song by the phenomenal Philomena in the Green Fields around Ardboe.

One is still not without hope that some musical Gréasaí around those same Fields will still, erm, cobble a tune together to celebrate:

Not many peopple go on about the following undeniable factoid but when in his prime Frank McGuigan bore more than a passing, oops, assisting resemblance to Michael Caine just as the too able Colm Cavanagh today, if not quite the spitting, is still the image of Robin Gibb when that other brother was in his prime.

The ominous thing here from a Dublin point of view is that a team-mate of Frank McGuigan’s on that minor team of 72 was one, M. Harte. Could it be that the Bainisteoir Broidearnach, even as one dictates this copy, is fitting out one of the current Red Hands with those legendary white boots?

-I started a joke which started the whole of Hill 16 crying.

View all posts by Jude Collins →
LETTER TO THE EDITOR by Donal Kennedy
Sean O’Callaghan: did he really see the light?

5 Responses to THE   WHITE   BOOTS   of   FRANK McGUIGAN by Perkin Warbeck.