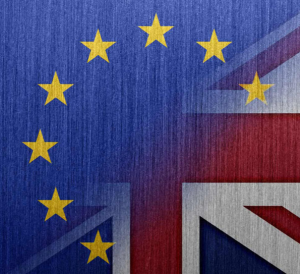 So it’s happened. Labour have decided to make the move that so many in Britain and Ireland were hoping for . They’ve concluded that for Theresa May to drive the British economy off the edge of a cliff might not a good idea.

Jeremy Corbyn has to be careful with this one. The media have managed to present him as a closet Brexiteer. He may be, but I’ve never heard him say anything that supports this. When questioned, he usually talks like an adult: he points out the many flaws in the EU, not least its lack of democratic accountability, but concludes that staying in the EU and doing something about its flaws is preferable to leaving and going wandering in the wilderness in search of manna from heaven.

But now, as the Tory government thrashes about, promising an invisible, frictionless border which the EU believes is impossible, the Labour Party is about to adopt a policy whereby the UK would go on observing the EU’s rules of free movement, would accept the jurisdiction of the European court of justice in terms of trade and economic matters, and would go on contributing to the EU budget for some years after Brexit. It’ll also reserve the possibility that the UK might remain a member of the customs union and single market on a permanent basis.

Mind you, that still falls short of calling for a reversal of the decision to actually quit the EU. It makes Labour the party of a soft Brexit, as opposed to Theresa May’s wild-eyed intention to Brexit Britain into smithereens.

This declaration by Labour will, of course, encourage the Tories to denounce them as being opposed to the democratic will of the British people. How dare they flout the decision made by the nation in the Brexit referendum? The Tories know Labour are flouting nothing, but that won’t stop them elbowing in and delivering a boot to Labour’s softer parts now that there appears an opportunity.

Meanwhile in the real world, Labour are flouting nothing. They’re simply trying to manage the removal of the UK from the EU without shattered livelihoods all over the carpet.

Leaving, as everyone who hasn’t been short-changed in the brain cells area know, was a spectacularly dumb thing to do. Dumb but predictable. Before the Brits joined the EU (or EEC in 1973, the amount of huffing and puffing they indulged in was a wonder to behold. And now that they’re leaving, they’re huffing and puffing mightily again.

There are some Irish people who would argue that it’s best if Britain crashes out of the EU, because this’ll force onto the agenda the Irish border. There’s much to be said for that. But like it or lump it, we have a lot of ties with Britain. There can be few Irish families that don’t have at least one relative living and working in London or Birmingham or Manchester or some such British city. What’s bad for Britain has an irritating habit of being bad for Ireland.

What has happened is that Britain has voted for a massive act of self-harm. What should not be allowed to happen is that the Scottish people and the people of the north of Ireland are dragged down with England and Wales. Unionists have always prided themselves on their hard-headed approach to business. In which case let’s see it now, and let’s see that their common sense defeats their misty-eyed desire to join Mother Britain in a jump that will end on the rocks of economic destruction.