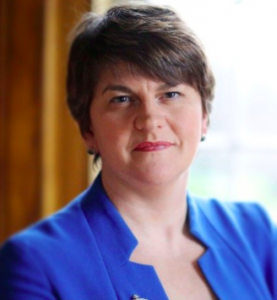 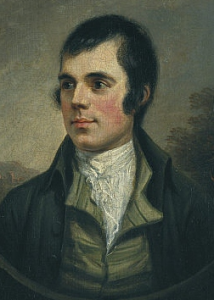 Seamus Mallon is famous for his wry comment that the Good Friday Agreement was “Sunningdale for slow learners.” I’ve always assumed he was aiming his jibe at Sinn Féin, his political opponents. But in the light of recently-released documents, he may have had unionism in mind.

These documents should have been released a long time ago but…well, the official explanation is that they were “misplaced”, and if you believe that you’ll believe the DUP are a modern, progressive force working hard to resist the havoc Brexit could wreak here.

The papers show that in 1976 the SDLP and John Hume were willing, even eager to go into power-sharing with unionists as a temporary measure. This, Hume believed, would help achieve a normal political situation. “When that stage had been reached, they [SDLP] would be quite happy, in the ordinary play of politics, to see a majority-type government.”

I’ve been sitting for ten minutes now and trying to think of a more modest political proposal than this one, without success. What was meant by “normality”? Hard to say from so many years later, but it probably had to do with the Catholic/nationalist population turning its back on violence and allowing our North-East Nest to return to those halcyon days when Catholics turned out to enjoy the Orange marches and everybody got along.

Unionist reaction to this modest proposal? “Mr Harry West (UUP leader) said that they could not bind the politicians of the future, but for today and as far as he could see ahead, the answer was no.”

Bluff gruff farmer Harry’s response morphed, nine years latter, into the Ulster Says No campaign against the Anglo-Irish Agreement. The very idea that the south of Ireland should have a sort of watching brief on the north’s political affairs had unionists reaching for their favourite word: No. And no, no, no, no. Or if you prefer, Never, never, never, never.

When the Chief Justice Lord Lowry pointed out to unionists that the SDLP were finding it very hard “to be seen negotiating with people who abused them”, unionism in the form of the United Ulster Unionist Council dismissed such talk as so much hot air.

And where are we now, over forty years later? Another Fermanagh leader of unionism, Arlene Foster, has rejected any idea that Sinn Féin might be seen as weak if they stayed in an Executive Coalition with people who abused them. Us abuse? Hot air. Poppycock. No, no, no.

in the forecourt of the Temple of Apollo at Delphi, the Ancient Greeks inscribed the words

“Gnothi seauton”. The translation is “Know thyself”, something the Greek philosophers believed was basic to understanding the universe.

Harry West was a farmer and didn’t, as far as I know, attend Queen’s University; Arlene Foster did go to Queen’s but studied law, not philosophy. Maybe if Harry and Arlene had, and had taken the inscription at Delphi to heart, unionism might be in a better place now.

In the early days after the IRA ceasefires and in some quarters still, republicanism is called to accept responsibility for over thirty years of bloodshed. The one thing that unionist leaders find most difficult to accept is any hint that they are anything but principled people, free from any scorn of their nationalist/republican neighbours. Captain Terence O’Neill and later David Trimble seemed to have some small inkling that not-an-inch might not work out well in the long run, but the UUP leaders and the UUP itself paid a heavy price for even hinting at such a thing.

So unionist politicians have a story of what happened and they’re sticking to it. Of course republicans started and maintained violence for more than thirty decades. Of course unionism wanted a return to normality. And of course unionists are simply displaying common sense, not contempt, when they object to an Irish Language Act and silly talk of a Bill of Rights.

Meanwhile back in the real world, we live with and accept imperfections. Nationalists and republicans have their flaws but as a rule they do not treat unionists with condescension or contempt.

It’s a hard truth but one that requires articulation: until unionist politicians follow the Ancient Greek injunction and learn to know themselves, progress will be unlikely if not impossible. Or if they don’t like being told how to think by a bunch of Greeks, maybe unionist leaders would heed the prayer of Robbie Burns:

“O wad some Power the giftie gie us