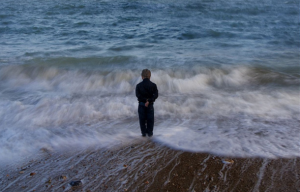 Think of a word that describes Michelle O’Neill. (No, Virginia, blonde has been done already.) Calm? Strong? Fast-talking?  Mmm. Any of those perhaps. What about ‘triumphalist’?  Noooo….Can’t say it’s one I’d reach for. But according to one unionist commentator, Ben Lowry in the News Letter,  that’s what she is. In fact, she’s reached ‘new heights of triumphalism, even for Sinn Féin’.

How so? She attended the Loughgall IRA commemoration. As did Martin McGuinness, without, oddly, steam coming from the ears of unionist commentators.  I wonder what the reaction would be if I were to describe ceremonies on Remembrance Sunday as ‘triumphalist’?  After all, in both cases it’s people honouring their military dead.

But to a great extent that kind of name-calling is a distraction. What matters more is how unionists are reacting to the surge in nationalist/republican voting which brought Sinn Féin within one seat of the DUP

Most people who give even a fleeting thought to politics here know how unionists should react. The last Assembly election put in stark terms what has been evident for some time: the unionist population is older and shrinking slowly, the nationalist/republican population is younger and growing slowly.

Let’s try a comparison. If you were sitting on a seashore and the tide was getting nearer to your position by the hour, the obvious course would be to minimize the damage, by shifting to a more sensible place. That way, when the tide got to where you now are, you’d have made provision and kept yourself from a drenching if not drowning.

But that doesn’t appear to be what unionists have in mind. Arlene Foster has been making eyes at those unionists who deserted the UUP and moved over to the DUP in the Westminster election. We’re really grateful, Arlene has told them. Thank you,  thank you, thank you.  In other words, let’s play the old united unionism card and keep those UUP voters permanently. That should block the tide of nationalism/republicanism.

So it will,  but not for long. It’s like digging a trench between you and the sea – it slows the tide’s progress. But eventually the trench will fill and the waters will come pouring in just as inexorably as ever.

To give him his due, Peter Robinson seemed to know that. Which is why he made noises about finding room within unionism for Catholics. Unfortunately, when the backwoodsmen turned up the heat, Peter lapsed back into the old not-an-inch mode of thinking, and Arlene has taken that thinking and projected it in huge bold type. COME TOGETHER  and WHAT WE HAVE WE HOLD.

Which is  what unionism is doing: rallying the troops, circling the wagons, digging the trench, defying all comers. Unfortunately, incoming tides don’t tend to take much heed of defiant shouts or slogans. Like Old Man River, it just keeps on rolling along.

Which is unfortunate. Because any republican worthy of the name will want to secure a fitting place for unionists in the new Ireland that is on the way.  But meanwhile we must recognize reality. Honouring the republican dead isn’t triumphalism; maybe 2,000+ marching bands delighting in the triumph of Protestantism, but not a dignified commemoratin.

Please listen, guys. The croppies are done lying down. The tide isn’t going to go into reverse. Circling the wagons won’t  in the long run do anything, except put in place a circular firing squad.

The hand of friendship and respect is being stretched out to you yet again. Take it while you can. Because if you haven’t grasped it before the tide comes in, you may be in danger of drowning.

View all posts by Jude Collins →
Morgan Stanley speaks the unspeakable
Have you heard the one about the Red Hand Commando?