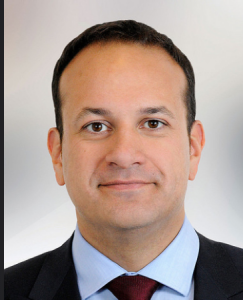 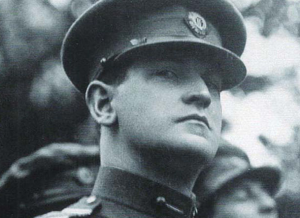 Is Leo Varadkar a modern, progressive politician or a smiling flash in lycra? For a time during the honeymoon period,  his party were congratulating themselves that they’d shown, in electing him leader, their blemish-free credentials in terms of racism and homophobia. Now it’s beginning to look as though the smiling doctor is as original as a Bruce Forsyth catch-phrase.

He started off in the Dail with a friendly, slightly embarrassed grin when Gerry Adams revealed that they’d shared a Pilates class at one time. Now he’s reached for the old PR weapon of accusing Sinn Féin aka the IRA of indulging in senseless lethal cruelty because…well, that’s what southern politicians do.

“There can never be any justification for the deliberate murder of civilians in any circumstances and there is no question of an amnesty. The Troubles cannot be used as an excuse by anyone to whitewash over such senseless killing,” Leo has declared.

Let’s take a moment to look at the bits of that.

No justification for the deliberate murder of civilians. A commendable stance and one to which most of us would subscribe. And if we met someone who went in for such murdering of civilians, we’d be revolted and call for their punishment. Except, of course, if they were powerful people who murdered lots and lots of civilians at the same time. Like the US, for example, at Hiroshima and Nagasaki, not to mention the barbarism of the Vietnam war. Or like the UK, which – like Germany- bombed their enemy’s cities night after night, week after week, month after month, murdering (or is this just killing?) tens of thousands of civilians. And then, needless to say, there’s modern-day Iraq.

No question of an amnesty. I suppose it depends on what you call an amnesty. Certainly many people throughout Ireland would see the release of republican and loyalist prisoners after the Good Friday Agreement as near as dammit to an amnesty. And it still operates for those found guilty of such killings.

The Troubles as cover for senseless killings. “Senseless killings” – that’s a term that trips off the political tongue with ease and frequency. There may indeed have been senseless killings during the Troubles, but those who killed, in the great majority of cases and on all sides, would have said they perpetrated them in order to defeat the enemy. That doesn’t make it right but it removes it from the category of “senseless.” Tom Oliver – and it is his death that Leo is using as a club against Sinn Féin – found arms on his land and told the gardaí. That is, he informed the gardaí about an IRA weapons cache.

Now cast your mind back to thirty, forty years ago. There’s a TV clip of the young Martin McGuinness  being asked by a reporter about whether informers should suffer death for their actions. McGuinness’s response is instand and unequivocal: “Yes, death, certainly.”

And before you recoil at the horror of this, remember that in all conflicts, that’s exactly what has been the penalty for those who are seen as informers or the enemy. On 3 January 1945, William Brooke Joyce/Lord Haw-Haw was hanged at Wandsworth Prison for siding with Nazi Germany during the Second World War. On 9 June, 1953, Julius and Ethel Rosenberg were executed for passing US atomic secrets to Soviet Russia.

And in Ireland on 21 November 1921, Michael Collins arranged for fourteen British spies  (the Cairo Gang) to be shot dead in Dublin. And on 5 March 1923, during the Civil War, Free State soldiers, having beaten nine anti-Treaty soldiers, took them to Ballyseedy in County Kerry. There the men were tied around a landmine and blown to smithereens, with the exception of one man blown clear who lived to tell what happened. The Free State troops shoveled the remains of the men into nine coffins and drove back to Tralee, claiming the men had been killed accidentally while clearing a mined road.

The party which Leo leads, Fine Gael, is the party created by the Free State forces. A large painting of Michael Collins hangs in the office of the Taoiseach. Except Leo has taken it down since he became the Fine Gael leader.

And of course Leo and his party would never seek to use the Black and Tan War or the Civil War as a cover for acts of brutish cruelty.

View all posts by Jude Collins →
The future of the north: compliance and power
Saturday pics of the week