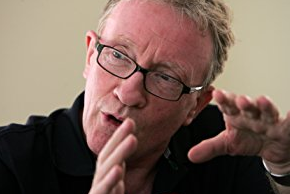 Martin Dillon, former BBC producer, has said  the BBC was biased against Catholics during the Troubles. This has been presented as headline news by the Belfast Telegraph, among others.

I worked on a considerable number of (strictly non-political) BBC radio documentary programmes during the 1980s and had a nodding acquaintance with Martin Dillon. At the time he had a reputation as a tough boss – he headed up some BBC department or other – and certainly he was energetically involved in a number of BBC programmes and projects then. I don’t, however, remember him having a reputation for speaking out against BBC bias against Catholics.

In my limited experience at the time, the BBC was a place where people left their politics at the door. It’s not uncommon. We all do it in ‘mixed’ company if we want to ensure smooth relations, so we talk about other things. That was my experience in the BBC. I had little or no contact with the News department, and at the time I never really thought very much about whether people were Catholics or Protestants. For the most part, I found BBC people lively and pretty good fun and that was enough.

But I did became aware of censorship within the BBC. Not censorship as in a list of things that mustn’t be done or talked about; this was self-censorship. The BBC was very good at creating an atmosphere where not only did you avoid certain topics, but you didn’t even think at a conscious level that you were avoiding them. There were one or two individuals who, in the 1990s, were outspoken in their unionist loyalties, but most chose to keep their political thinking to themselves. There were no staff members who were outspoken in their nationalist/republican loyalties.

The fact of the matter was that this was the British Broadcasting Corporation, so of course it was acceptable to interview a unionist lord or lady rather than an ex-political prisoner or a member of the SDLP (Sinn Féin was unthinkable), even if the topic was no more politically controversial than their first kiss.  The atmosphere was a bit like Derry in pre-Troubles days: of course you knew who gripped the levers of power, but you shrugged your shoulders or maybe cracked a joke and got on with other matters.

I have no idea if the News department reported press releases from the ‘security’ forces as if they were BBC-made, but it wouldn’t surprise me.

One final small indicator of the BBC atmosphere. While it’s true that the BBC has been making Irish language programmes for a number of years, I still remember the near-shock  (not that long ago) when I first saw a BBC person wearing a fainne at work. It seemed to me almost daring, which probably tells you more about the atmosphere within the BBC in Belfast than anything I’ve written above.

So of course the director of the BBC rubbed shoulders with the top Orange Order dog and the Orange marches were given live and reverential coverage. Of course John Taylor was able to warn unionists that since Sinn Féin got one-third of nationalist votes, unionists should be aware that every third Catholic they met was likely to be a supporter of the IRA.

So while it’s good that a man of Martin Dillon’s stature should make the claims he has, his claims are if anything supported by the fact that it was only when he’d left the BBC for a decade or two and was living in another country that he got round to telling us details of Catholics and their relationship with the BBC. But if you’ve a book to sell, you have to create some attention-seeking device. Martin  appears to have found his.