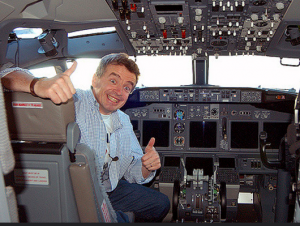 I like Michael O’Leary.  He’s a skinny package of energy, full of put-downs and surprises,  a master at getting publicity for his airline without paying a penny. But then Boris Johnson is also a package of energy (although not so skinny) and is a master of how to get publicity for himself.  The danger is that, in finding the man (or woman) such good fun, you’ll overlook the nastiness of the world-view they offer.

I’m not up to talking this morning about Boris – apart from the fact that he would sell his own granny into slavery if he thought it would help him become leader of the Tory party. So let me stick with O’Leary.

He used to use photographs of people like Bertie Ahern and supply a bubble coming from their mouth which said something silly about themselves or complimentary about Ryanair. He made a virtue of telling passengers if they didn’t like his airline they could lump it.  But he’s just run into some stomach-churning turbulence and I’m not sure he can contain it.

It’s got to do with how he treats his staff. Don’t get distracted by the fact that they have to bring their own tea-bags or water or phone-chargers.  The key thing in this matter is that O’Leary doesn’t like unions. Won’t have them. That’s because it’s easier to hire and fire at will if there’s no supporting union.

It now looks – at least I hope that’s how it looks – as though O’Leary may be driven to climb down and bow to the united will of pilots and cabin crew. When and if he does, he’ll do it in such a way it’ll sound as if he hasn’t. But if the pilots and cabin staff can hang tough, Michael O’Leary may be finally dragged into the twenty-first  century and allow unions. It might mean Ryanair shareholders and top brass will have less money flowing into their money-chests, but doesn’t your heart bleed for them?

So this morning when I think of Ryanair, I’m not thinking of that  little trumpet-blast they give when their planes arrive on time. I’m thinking that the man who’s never stuck for a smart reply and who has finally  been forced to blink. That’s good news for O’Leary’s inner (and well-hidden) humility. It may also mean that we’ll have to pay a bit more for flying Ryanair, but at least we won’t be carrying a caseload of uneasy conscience as we board. If the cost of cheap fares is that pilots and cabin staff get screwed, then I’m against cheap fares.