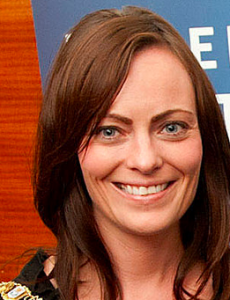 When I was a lad I used to admire Time Magazine. I liked the variety of its coverage, its lively style, its tone of authority. Then one week they made Ireland the cover story. What I read bore little resemblance to the Ireland I knew. It was still lively and authoritative. It was also selective bunkum.

I had a similar experience at the weekend. I’m not sure if it made it to the print edition, but the Irish Times website ran a report (https://www.irishtimes.com/news/politics/border-poll-could-erupt-in-violence-sdlp-mla-warns-1.3231955   )

on Killough Summer School, held on Saturday. As you’ll see if you read it, the report gives prominence to Nicola Mallon of the SDLP, who was one of the panelists at the discussion about a future united Ireland. It reports her as warning against two things: a premature border poll and a border poll that was narrowly won by united Irelanders:

“Just calling a Border poll and getting your 50 [per cent] plus one is an absolute recipe for disaster. And I honestly believe and fear that it will actually erupt in violence.”

What the report does not mention is that a man in the audience corrected Ms Mallon on her idea of “just calling a border poll”. He pointed out that the only one allowed to call a border poll was the British Secretary of State, so to warn other people against calling a poll made no sense. He also pointed out to Ms Mallon that the Good Friday Agreement didn’t stipulate that the poll must be won by a given margin in order to be acted on. If a majority of people, however small, voted for it, then that’s how it would be. To declare 50% + 1 a recipe for disaster was to renounce a core element of the Good Friday Agreement. It also renounces the notion of democracy. After all, Brexit was deemed legitimate with 50% + 2.

I know what the man said because I was there and I was the man in question. There was a range of other contributions, including a Fianna Fail TD who talked about “the south Armagh carry-on” during the Troubles and who didn’t appear to know how the seven-year period between border polls worked. There were also articulate and interesting views put forward by Chris Hazzard MP, Patricia McBride and Chris Donnelly.

As I say, the Irish Times spoke no word of a lie in reporting Ms Mallon. But it’s like taking a photograph of one plate at a banquet while failing to report the rest of the table groaning with food. And it’s hugely skewed to have a headline “Border poll could ‘erupt in violence’ SDLP MLA warns”.

So why would the Paper of Record offer such a report? Speak up at the back there – can’t hear you…